THE IMPORTANCE OF EMPOWERING AND ETHICAL MEDIA REPRESENTATION

Media coverage and representation of international development issues have evolved significantly since the advent of print and broadcast media. Today, there are many different ways and means of covering and representing global and local issues. Some of these ways are more empowering than others.

When done in an empowering manner, media representations can be powerful in creating awareness and education and driving support for development initiatives. Representations that portray unequal power dynamics, promote ‘saviour’ mentality or denigrate the subjective, contextual experience of people or places can be disempowering and harmful for the subjects of those communications.

What are disempowering and unethical representations?

Representation becomes disempowering when it fails to reflect the subject of communication as having equal contextual power and worth as the audience. Particularly in communications in international development, this could look like portraying groups or individuals in other countries as being needy, destitute, or crisis-ridden, in attempts to solicit in the audience a desire to ‘save’ the subjects. It is also common to show international volunteers or workers giving hand-outs to or being supplicated by local community members. This type of disempowering representation has come to be known colloquially in the development community as ‘poverty porn’ for its intention to solicit particular feelings of pity from unknowing audiences.

A more subtle but just as disempowering representation that is common in the international development space involves typically caucasian, western-descent individuals ‘posing for the camera’ or taking selfies together with local community members. These types of images, though harmless in many ways, when captioned inappropriately or when framed poorly, can carry connotations neo-colonialism. The local community members become objectified ‘others’ that are intriguing because they are different. Because of this ‘otherness’, the international tourist or volunteer must take a photo with them to show their friends and family back home. While this is not necessarily always the intention, photos like these exist within a deep historical context of colonialism and foreign aid that have typically positioned people from non-European descent as less powerful, both socio-politically and economically.

Disempowering representation can take many forms, from the words a writer chooses to use for a journalistic piece or blog post, to the images a volunteer chooses to post on their social media. Representations like these often come from deep-seated, often times unexplored biases that humans pick up during their upbringing through various sources, such as parents, media, and school teachers. These personal biases are very rarely negative in their intention. Once explained and educated, people can work to overcome practices that lead to disempowering representation.

Unfortunately, some organisations in the international development sector are aware of how disempowering certain representations can be for local communities and governments. Others simply don’t understand the importance. This is a shame because unethical, disempowering representation helps to perpetuate saviour mentalities and could lead to highly unethical or inappropriate behaviour by visitors in foreign countries. Here at GVI, we cannot tenant causing any potential harm to any of stakeholder purposefully or ignorantly in anything that we do.

When it comes to wildlife, animals in captivity, and semi-wild animals in demarcated enclosed territories, media representation tends to disregard ‘out of frame’ occurrences as well as local contexts.

A good example is images of tourists riding or posing with rehabilitated semi-wild elephants (particularly in southeast Asia). These images don’t and perhaps will never be able to address the back scenes treatment of these animals or the historical and cultural context in which these animals are situated. Because of this unknown ‘behind the curtain’ treatment and the lack of surrounding context, these animals can be misperceived as being there for the entertainment of the visitors. This misperception can lead to the continued mistreatment and captivity of the elephants in some camps and retreats.

Regarding children and vulnerable adults such as people with intellectual or physical disabilities, unethical practices such as posting pictures of their faces and discussing their whereabouts can stray from being unethical to causing outright harm. Children and vulnerable adults can sometimes be targets for people with negative intent. By posting images of their faces, locations, or both, this is increasing the potential risk of them being targeted and located. It is therefore highly unethical to do so, even on personal social media accounts.

Additionally, when it comes to publishing images or videos including children’s faces, locations, or both, is whether there is informed express consent for doing so from a parent or guardian. Children very rarely understand the potential long-term implications of having their identities shared on digital communications channels. Likewise, visitors to other countries are often highly unaware of legal implications in a given country for publishing communications with a child’s identity without legal consent from a parent or guardian. The implications for both children and visitors are potentially great.

Our commitment to empowering and ethical representation

Empowering representation is media that portrays equal power dynamics and create accurate reflections of contextual viewpoints in all media communications. What this means is that international visitors and local community members are shown to be collaborating on an equal footing, or receiving mutual benefit from one another.

We believe that all communications about any of our stakeholders should be empowering and ethical. In 2017 we began to transition into representing equal power dynamics in all of our images involving humans. Included in this transition was the ethical representation of humans and the local ecosystems they are in or the animals with which they interact. In the time since then, our practices of up-to-date ethical and empowering manners of representation have continued to grow and be implemented on a constant basis. This is a learning journey that takes time, and not all of our legacy content has been updated yet, but we are constantly auditing our various channels and improving our content. This is part of the commitment we made when we created the Badge of Ethics - to always learn and try to do good, better.

To ensure that no damage comes to any of our stakeholders through unethical or disempowering, we also do our best to ask all involved to practice ethical and empowering representations. We have strict a strict Child and Vulnerable Adult Policy that places stringent controls on taking and publishing photos of the children and vulnerable adults our participants come into contact with whilst on their projects. Similarly, we have an Animal Handling Policy that outlines what is and isn’t acceptable when it comes to publishing written or visual representations about the various wildlife, semi-wild animals, marine life, and ecosystems we work with. We also conduct regular training with both staff and participants to ensure they are educated on what is and isn’t ethical and empowering communications, and enforce our policies around representation strictly. As a final measure, we always ensure to check all of our partners for their level of commitment to ethics and empowerment, including representation, and conduct necessary educational training or have necessary difficult discussions when needed. 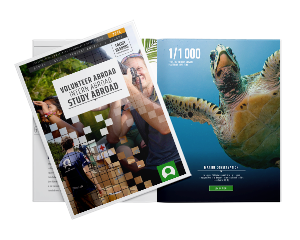 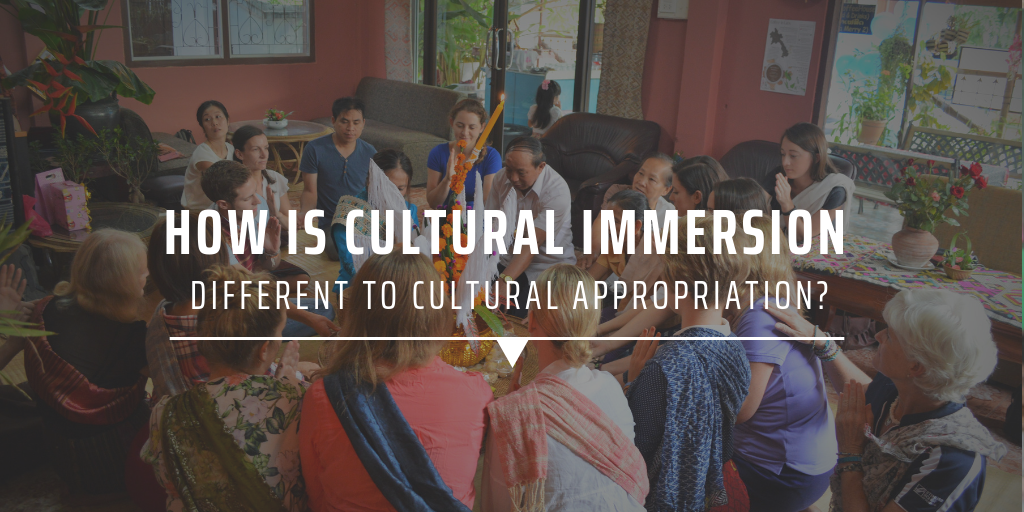 How is cultural immersion different to cultural appropriation?

Traveling abroad with an open mind means exploring the customs, cuisine and fashion of another culture. Yet there are important differences to how you approach culture abroad. Find out more about how you can be immersed in another country’s culture without appropriating it. 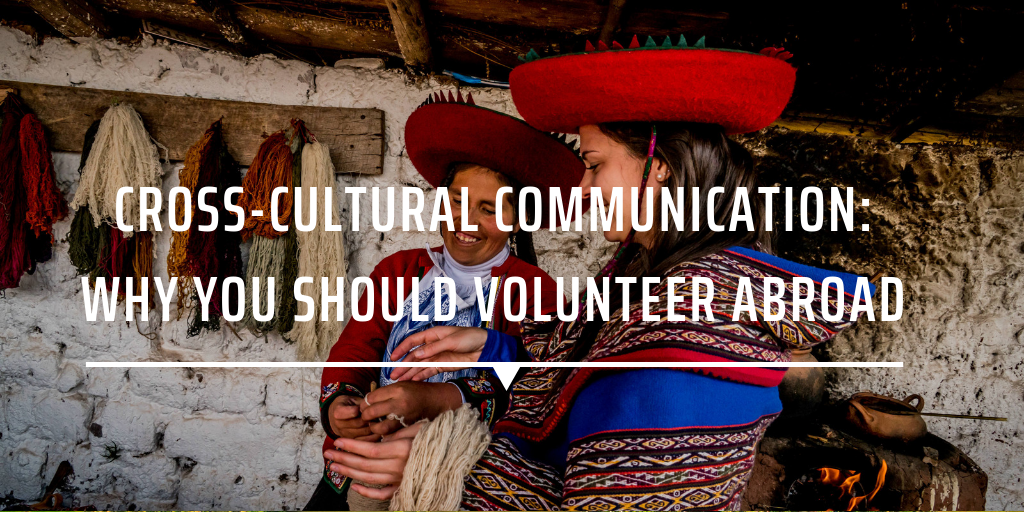 Cross-cultural communication: Why you should volunteer abroad 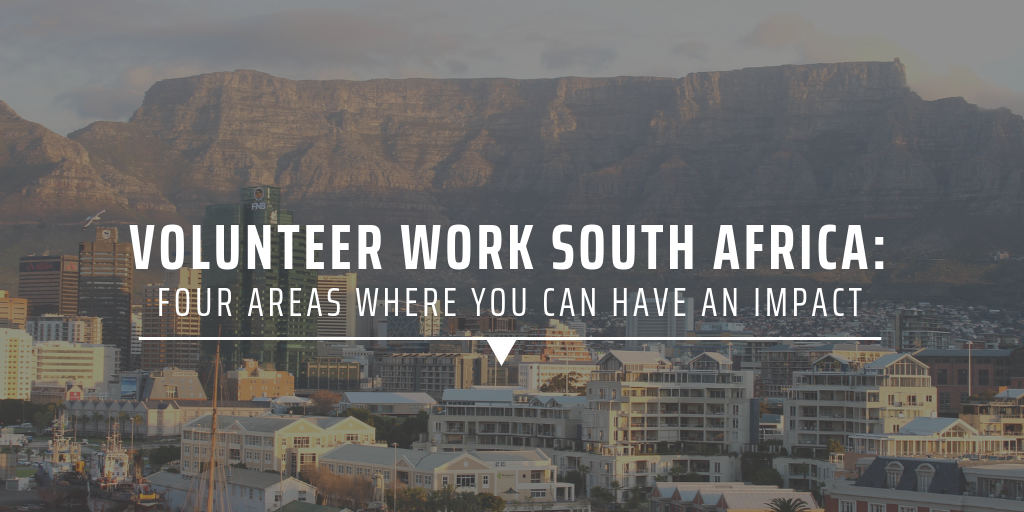 VOLUNTEER WORK SOUTH AFRICA: FOUR AREAS WHERE YOU CAN HAVE AN IMPACT

From tracking elephants through the bush or helping to empower women in Cape Town, South Africa offers diverse and meaningful volunteer projects. This is a chance to make a difference, from community development to conservation, while encountering a wildly diverse country.

Read Now
This site is registered on wpml.org as a development site.