01727 250 250   Apply Now
Announcement
TRAVEL UPDATE: We're open! Where can I go?
Tasneem
Johnson-Dollie
Tasneem Johnson-Dollie is a travel writer living in South Africa. She has experience in public health nutrition and worked as a dietician before launching her writing career. She loves bringing her passion for public health and sustainable development to every article she writes. Her travels around South Africa as well as to India, Australia, and Saudi Arabia have fueled her passion for exploration.
Sustainability
0 Likes
Share
Facebook
LinkedIn
Twitter

Why animal conservation may be the best way to volunteer abroad 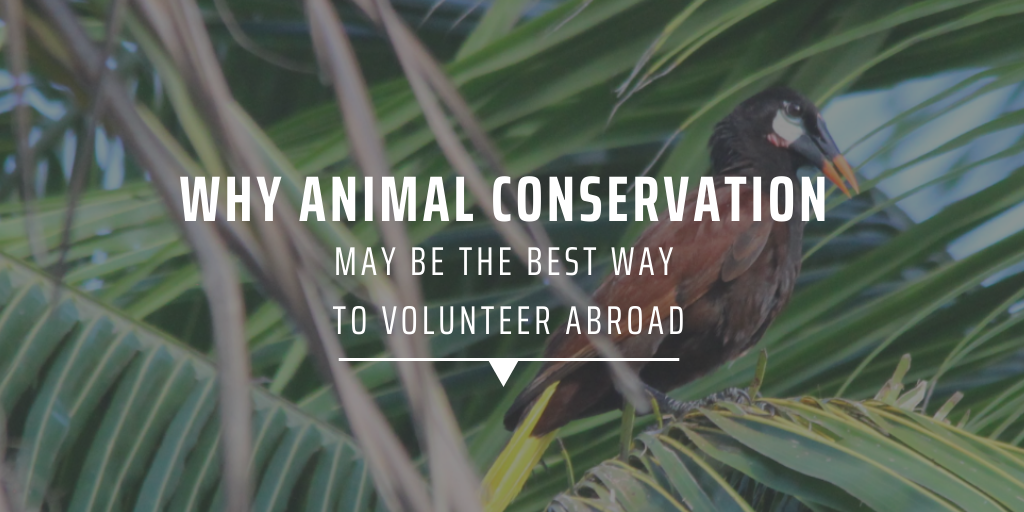 Because successful conservation programs could make an even bigger impact with more man-power, getting involved as a volunteer can go a long way in achieving the United Nations Sustainable Development Goals (UN SDGs).

Why does life on land matter? 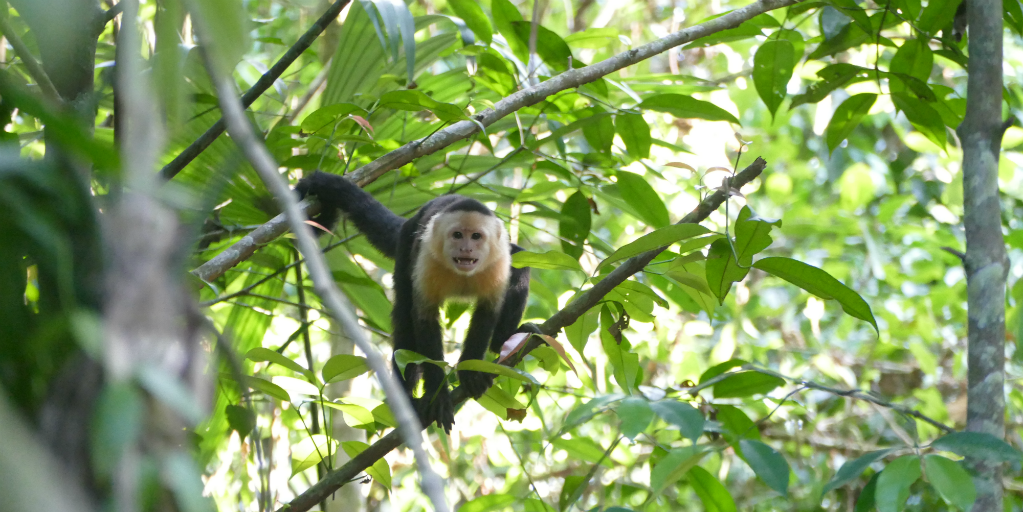 The world started with a rich variety of life on land, but we’re seeing a rise in the number of species being lost every year.

Why does this matter?

Well, scientists have found countless examples of interactions between living things and their environments that have allowed both to survive, and thrive.

Just think about how trees provide the oxygen that animals breathe, how bees pollinate plants, allowing fruits and nuts to grow. And think about how elephants trample vegetation and dig water holes, making life easier for smaller animals. 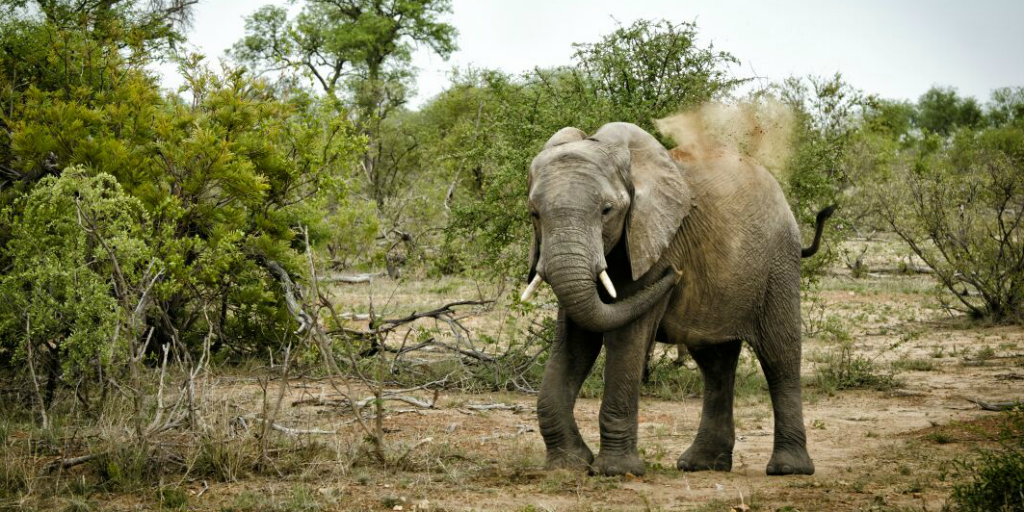 These are examples of how a variety of life on land keeps the world going.

Today, species loss is occurring 1,000 to 10,000 times the natural extinction rate – the rate at which species gradually become extinct over time. This is faster than ever before.

The UN has flagged this concern as part of UN SDG 15: Life on Land. Numerous organisations have also pinpointed the major causes of species loss today.

What are the major causes of loss of species today?

The major causes of species loss all come from human activity.

With the population growing steadily, there’s been a boost in our efforts to secure food for all life on land, and overfarming, overhunting and overfishing have had far-reaching ripple effects.

To understand how these activities affect animals, let’s look at a few examples: 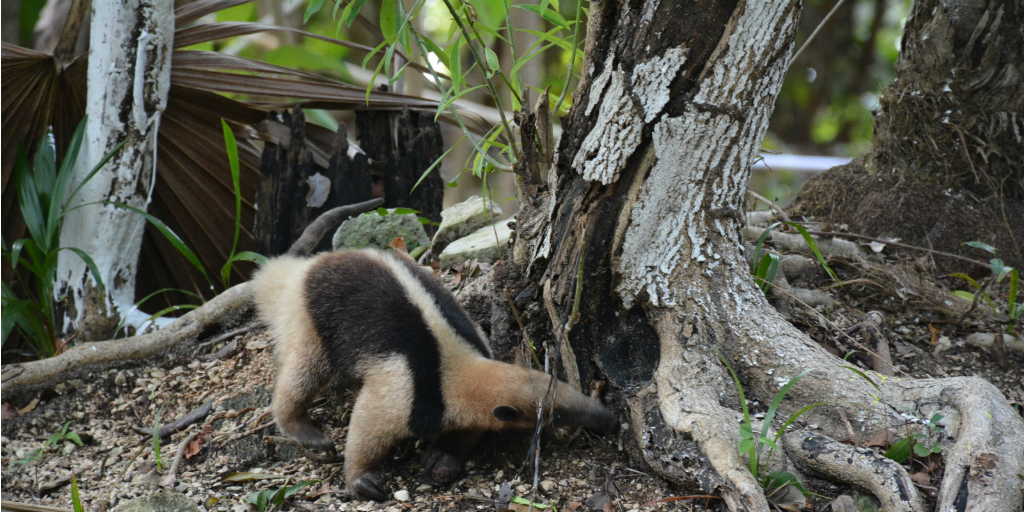 And these examples are just the tip of the iceberg. According to the International Union of Conservation of Nature’s (IUCNs) Red List of Threatened Species, 14% of birds, 25% of mammals and 41% of amphibians are threatened with extinction.

Unfortunately, some of the rarest species in the world are at the top of the list of animals who are affected by overfarming, overhunting and overfishing.

Besides overfarming, the growing global population also means more development of other kinds – like the houses, shopping malls, and paved roads popping up all over.

This nudges wild animals even further away from their natural habitats, intensifying the situation.

And overpopulation brings with it more than just an overuse of space. 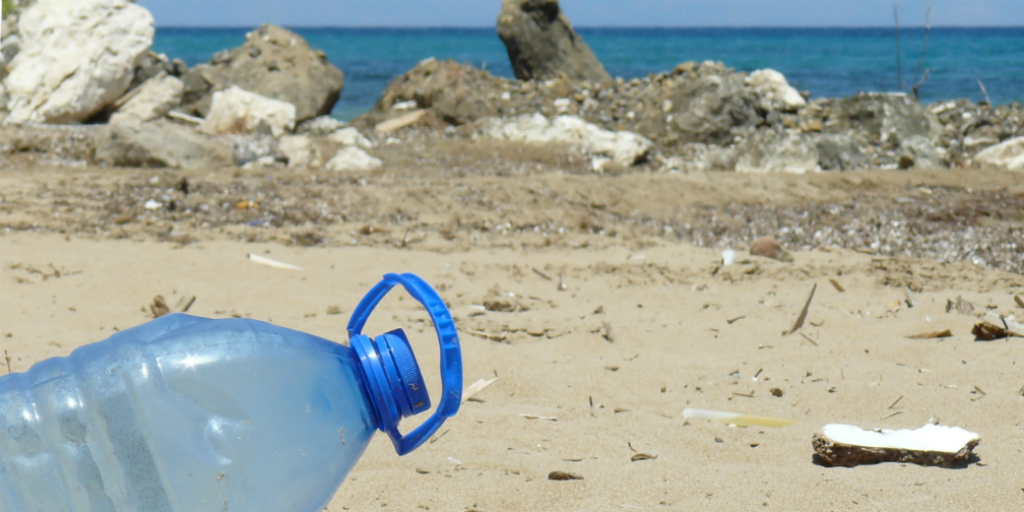 With more waste being produced than ever before, keeping things clean has become a challenge.

And this waste has spilled over into the habitats of wild animals, increasing their risk of choking on plastic litter, getting tangled in abandoned fishing nets, or even being cut on discarded sharps – medical devices with sharp points or edges that can puncture skin.

So for any animal conservation effort to be successful, it needs to have a keen eye on cleaning up.

But while there seem to be many factors working against the well-being of wild animals, you could be a part of conservation efforts aiming to make improvements.

How is conservation helping? 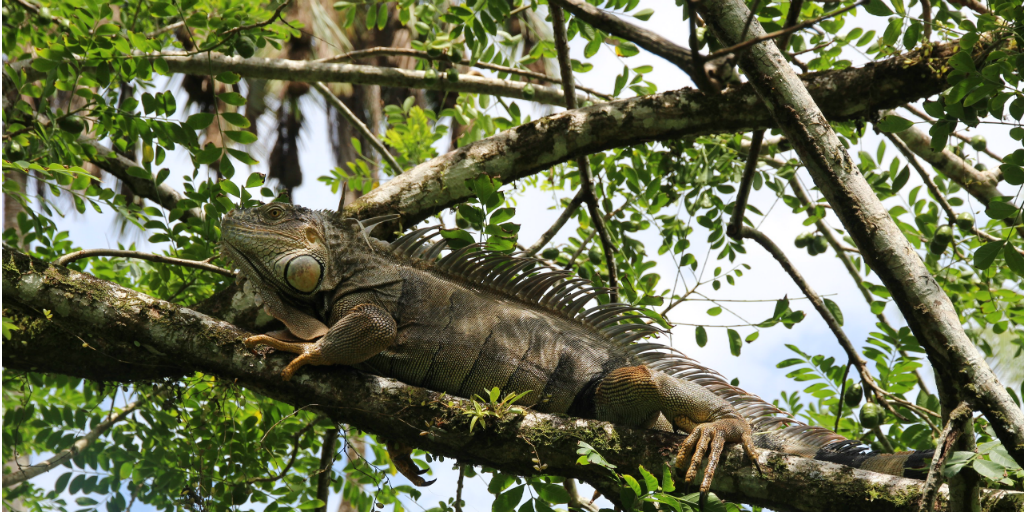 Lessons learned from rapid species loss have taught us that we need to change the way we work with the world, and acknowledge that the conservation of wild animals is a big part of improving life on land.

The National Humane Education Society (NHES) describes wildlife conservation as the practice of protecting animal species and their habitats. And it’s taking place all over the world.

Animal conservation, with a focus on halting biodiversity loss, forms part of the UN SDG 15: Life on Land.

This goal invites the global community to get serious about halting biodiversity loss and concentrate on sustainable processes to improve our animal conservation efforts.

Cheetahs, Aldabra giant tortoises, and Thai elephants have all found themselves on the IUCNs red list of vulnerable and endangered animals.

Here are three programs that are looking to slow the rate at which these animals are being lost. 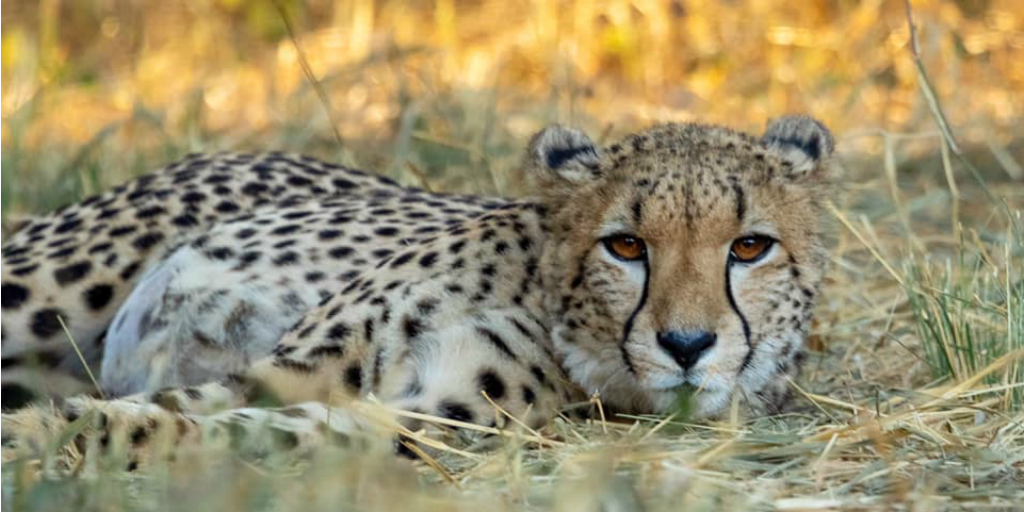 Spend some time in the South African savannah of Limpopo, and make an impact working towards cheetah conservation by:

This program focuses on monitoring cheetah kill behaviour, to document and deepen our understanding of how cheetahs live, and the contribution they make to life on land.

Further reading: All about the cheetah: fun facts, why cheetahs are facing extinction, and how you can help 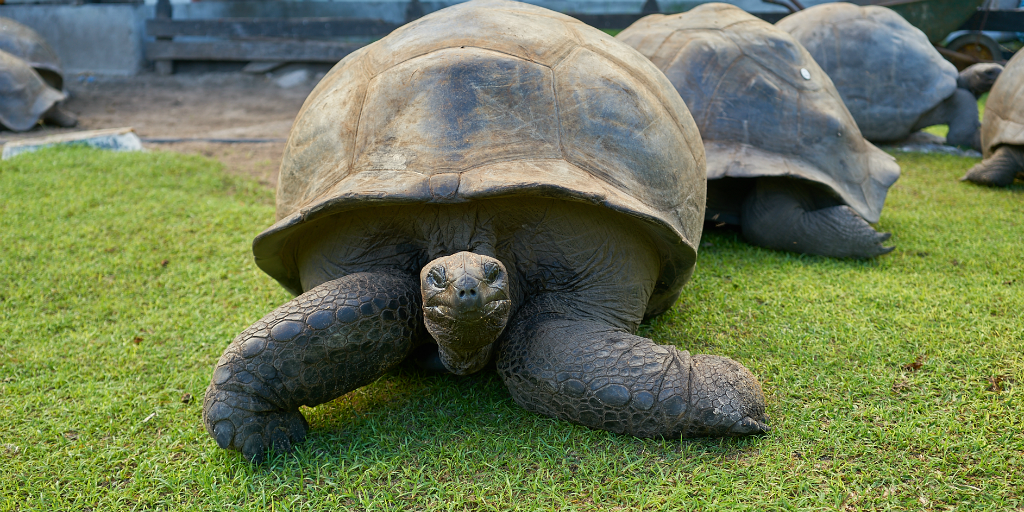 Soak up the scenery in Seychelles while working towards animal conservation with the Aldabra giant tortoises that roam the island of Curieuse.

You can learn about animal conservation by:

This program gets you crawling through the Aldabra giant tortoise’s natural habitat, and can make it clearer how animal conservation contributes to the well-being of these creatures.

3) Volunteer with elephants in Thailand

Elephants in Thailand haven’t had it easy, from being hunted for their tusks to being used in the tourism industry, it’s about time we cater to their conservation needs. 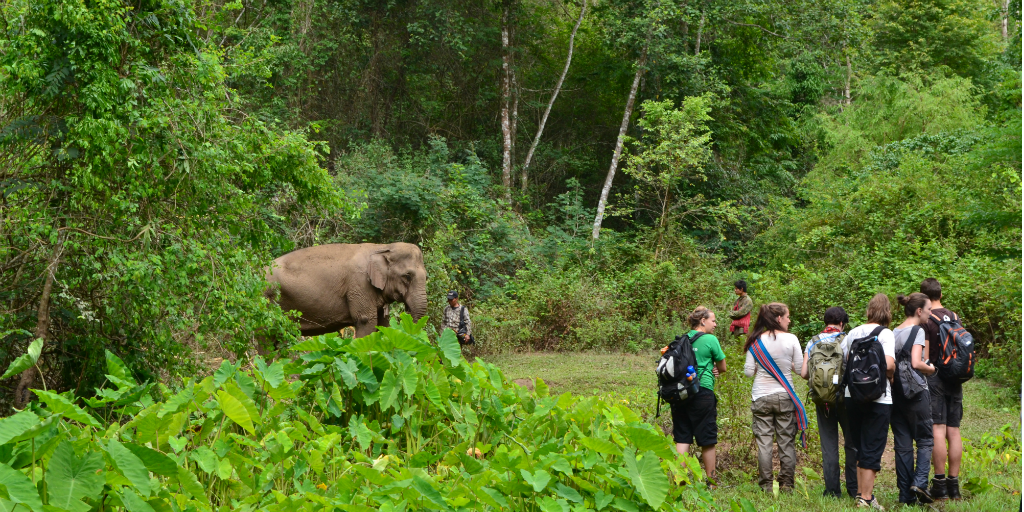 The rainforests of Thailand provide a lush green canopy for these pachyderms – the term used to describe thick-skinned mammals like elephants, rhinos and hippos.

While the terrain may be trying for two-legged tourists, taking part in animal conservation efforts in Thailand can help you gain valuable insight into how this environment is the perfect place for a Thai elephant.

This program will get you involved in animal conservation by:

Further reading: How elephants in Thailand became a national symbol

These three animal conservation opportunities are a chance to experience wild animals in their natural environments in an ethical way, while contributing to global efforts to slow the trend in species loss.

Further reading: A win for wildlife

Organisations that offer ethical and impactful animal interactions promise volunteers learning experiences in animal conservation that will benefit all life on land.

Tasneem Johnson-Dollie is an intern at the GVI Writing Academy. The Writing Academy is a skills-development program that pairs development editors with budding travel writers. Learn more about the program here.