To halt biodiversity loss we need to listen to our elders 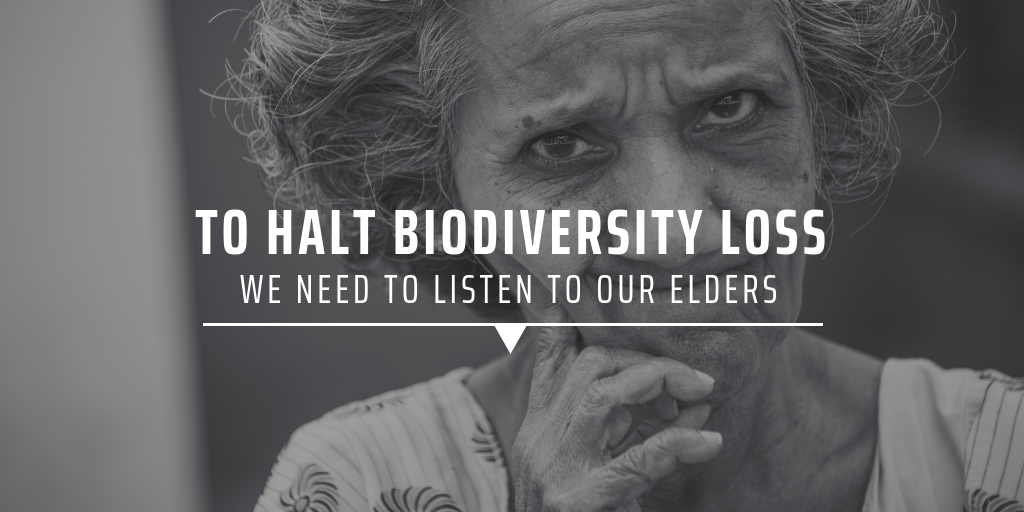 Our elders have something no other group in society has: They’ve lived an entire lifetime. Indigenous elders often have something even more powerful: centuries of knowledge around how to interact sustainably with nature.

Before Europeans arrived, Indigenous people in Australia had, for the most part, been living sustainably and harmoniously with the land. They were a hunter-gatherer society who practiced some forms of agriculture and aquaculture. 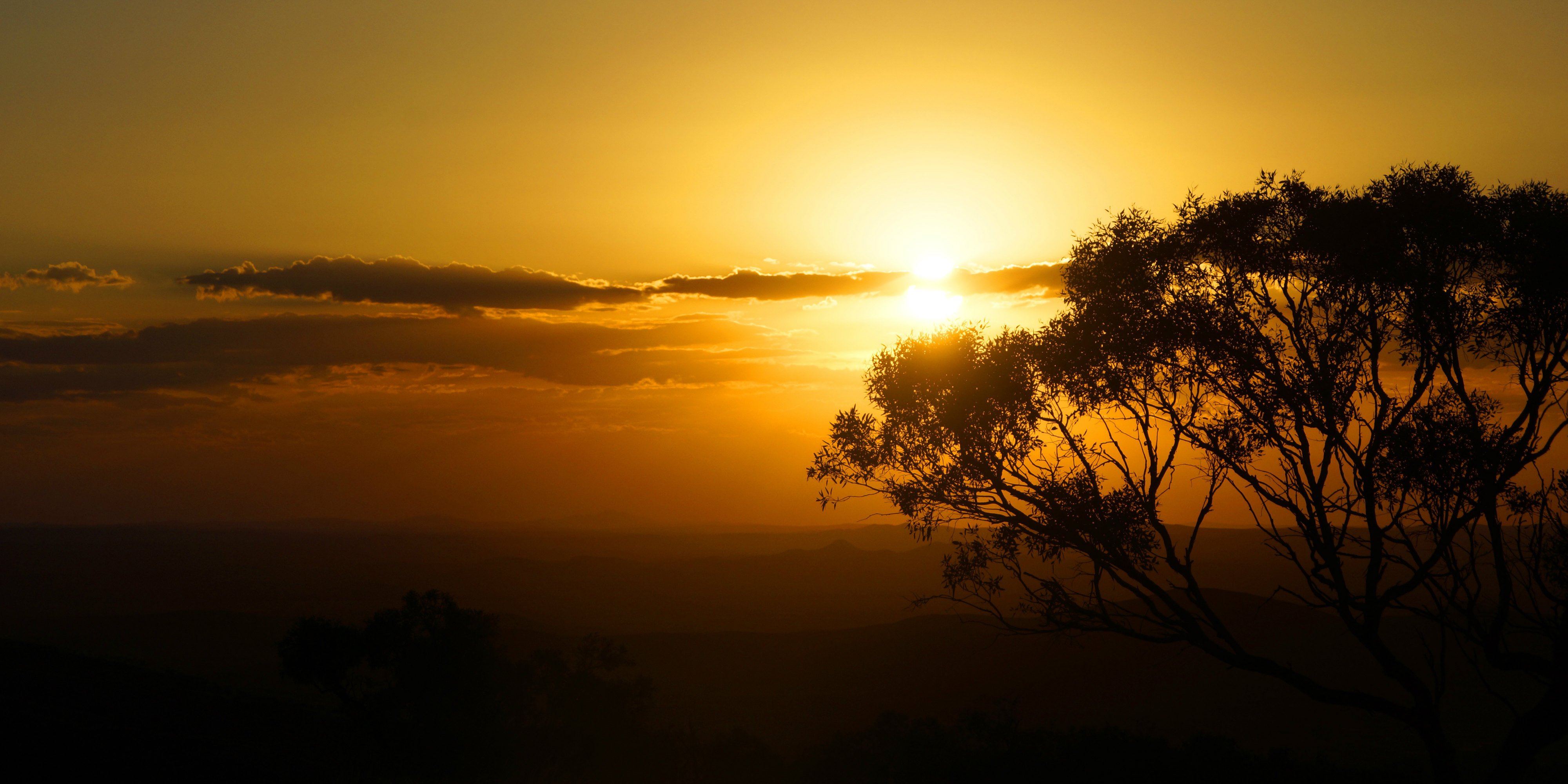 They understood the cycles of the seasons. They had a system of societal rules such as the use of totems to ensure sustainability. This could be a natural object, plant or animal which clans or families had stewardship of. This meant those plants, animals and areas were not plundered to the point of no return or extinction.

Then Europeans came. They changed the landscape for agricultural purposes, removing the majority of native vegetation. They introduced rabbits, cats, and foxes. Because of this and other key drivers behind the loss of biodiversity – the variety of life here on earth – Australia now has the highest rate of extinction in the world. 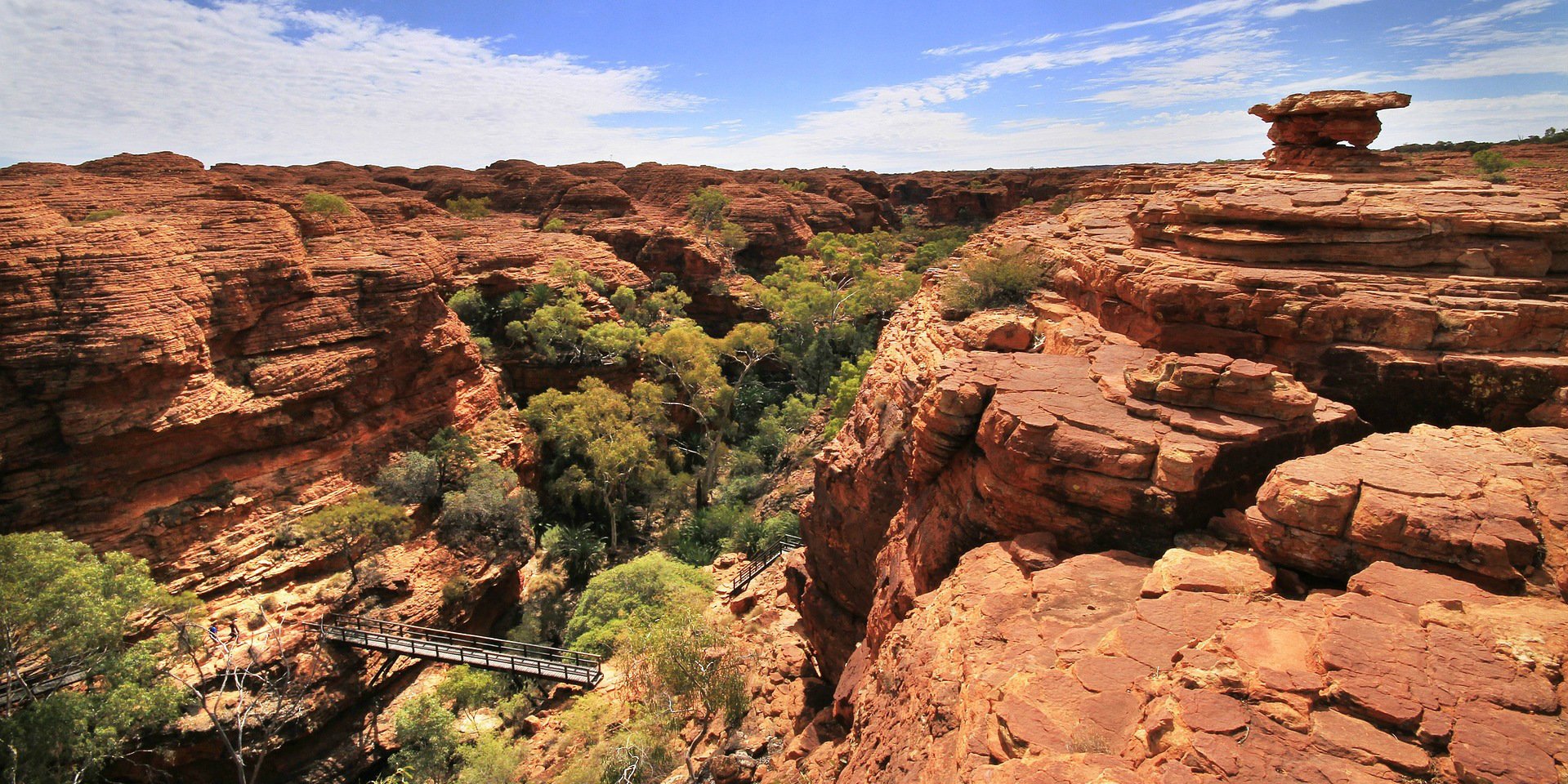 Species are rapidly going extinct around the world

This story is not unique to Australia. Around the world species are going extinct at an unprecedented rate. Some scientists are now saying we have entered a new geological era called the “Anthropocene”, that we are in the “age of humans”.

This is the age where a third of all known species here on earth are threatened with extinction.

In response to this and to ensure societies around the world develop sustainably, the United Nations (UN) has created the Convention on Biological Diversity (CBD) and 17 Sustainable Development Goals (SDGs).

A set of targets, the Aichi targets, have been made under the Convention for countries to meet. The targets cover areas such as reducing the loss of our forests, fish stocks, and individual species, and increasing the number of protected areas.

In terms of the UN SDGs, three are critical to slowing or stopping the current rate of biodiversity loss – Goal 13: Climate Action, Goal 14: Life Below Water, and Goal 15: Life On Land.

To give our society the best chance at a prosperous future where both we and nature thrive, we need to meet both the UN SDGs and the Aichi targets.

To do this, we need to use all resources available such as the knowledge indigenous elders hold. We should also listen to our conservation elders like naturalists, scientists, activists, and policymakers. 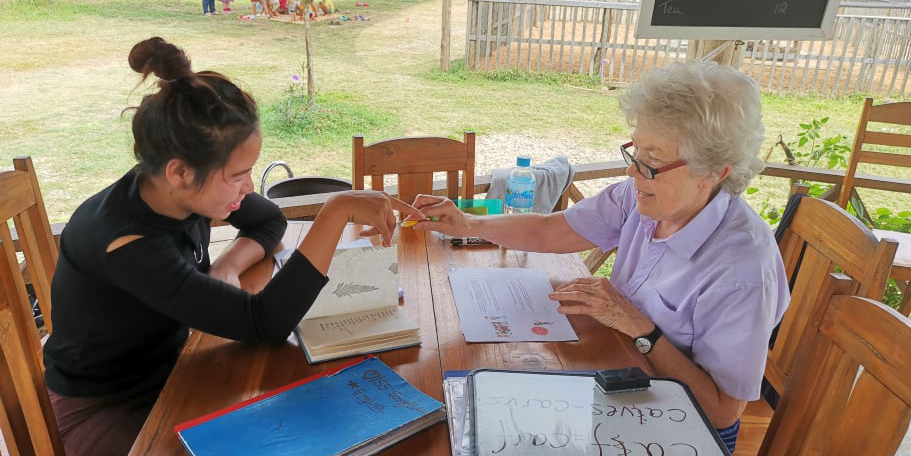 Why should we listen to elders?

There are many reasons why we should listen to elders but there are two important ones when it comes to conserving biodiversity. One is a phenomenon known as the “shifting baseline syndrome” and the other is the fact that types of scenarios recur across generations.

In the conservation policy workplace, youth bring energy and innovation. In contrast, elders bring an understanding of the basics and have the benefit of experience. 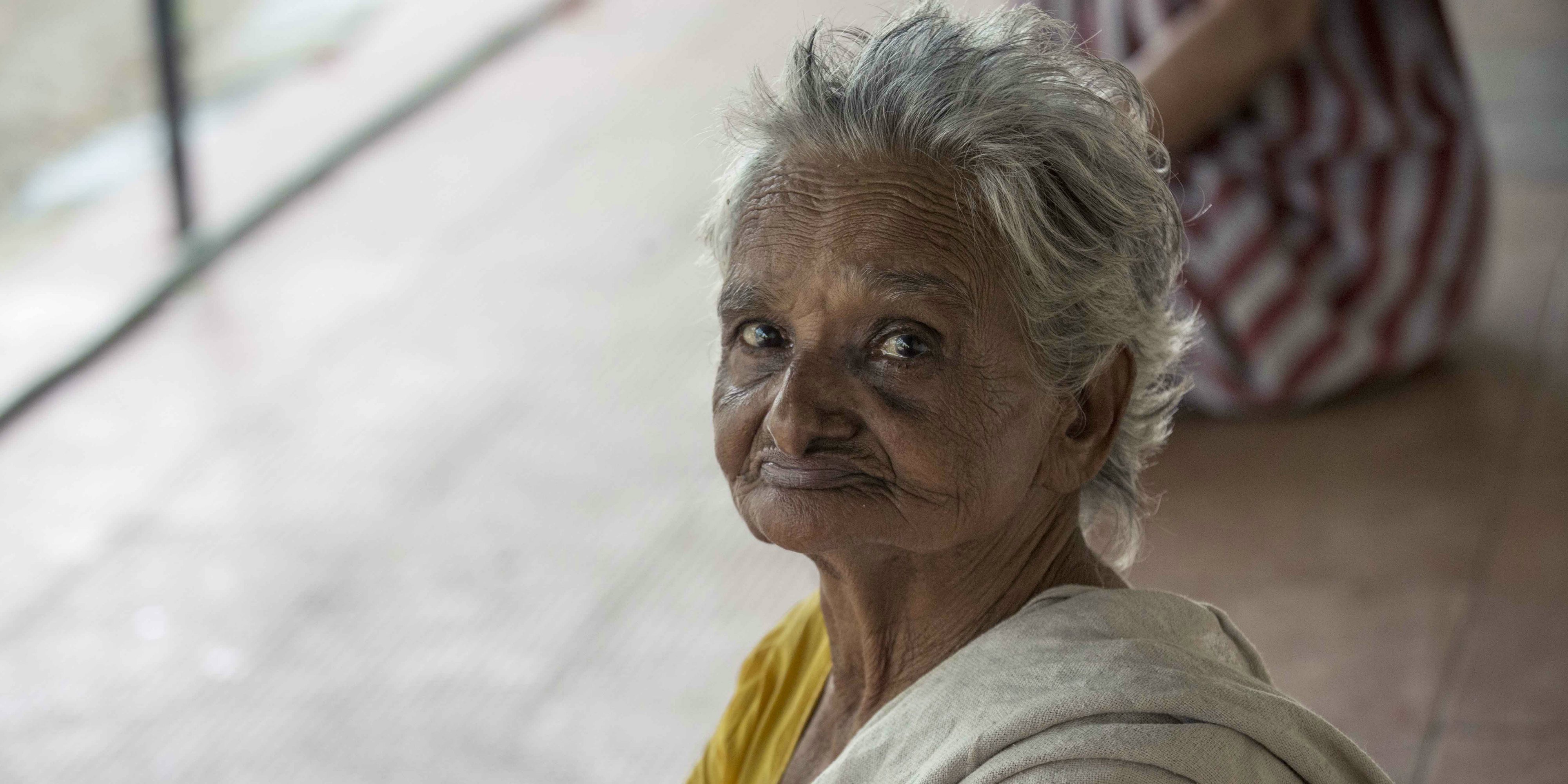 When faced with a conservation problem, elders may find it similar to other scenarios they’ve dealt with over their career. They’ve learnt what has worked, what hasn’t, and why, and use this knowledge to create a workable solution. In this way, they are a valuable resource in governments meeting the Aichi targets and the UN SDGs.

In fact, Nelson Mandela founded “The Elders”, a global group of former high-ranking officials working to ensure the world’s governments stay on track to meet the UN SDGs. 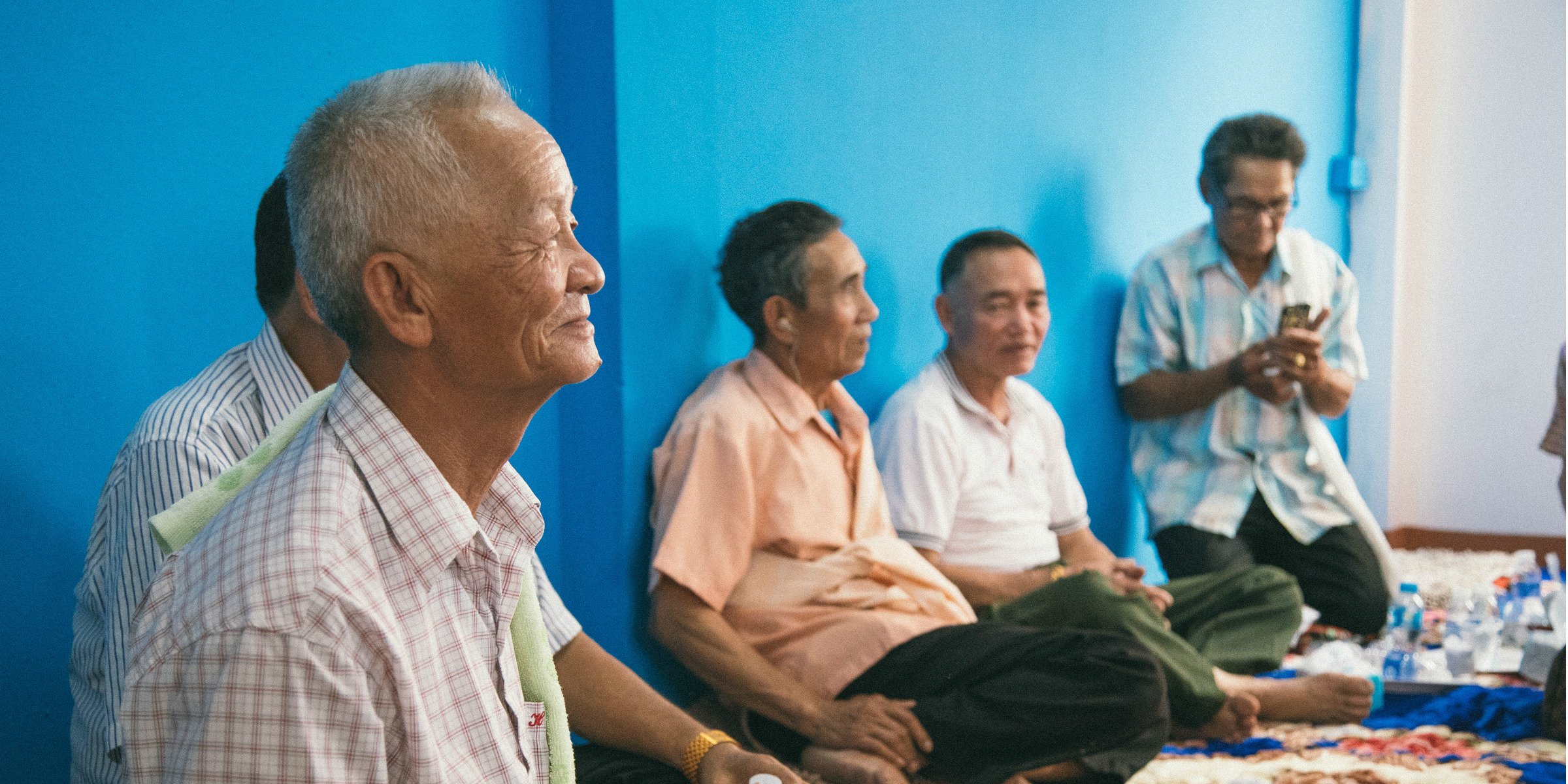 Elders’ expertise is needed to combat the shifting baseline syndrome

Our elders’ experience is needed to help solve a key conservation problem policymakers are facing – the aforementioned shifting baseline syndrome.

This syndrome occurs when people from a certain era understand how the natural world has changed in their lifetime. But when they pass on, the perception of “normal” updates, and what nature was like in the past is forgotten. A new “normal” is set where there is less biodiversity. 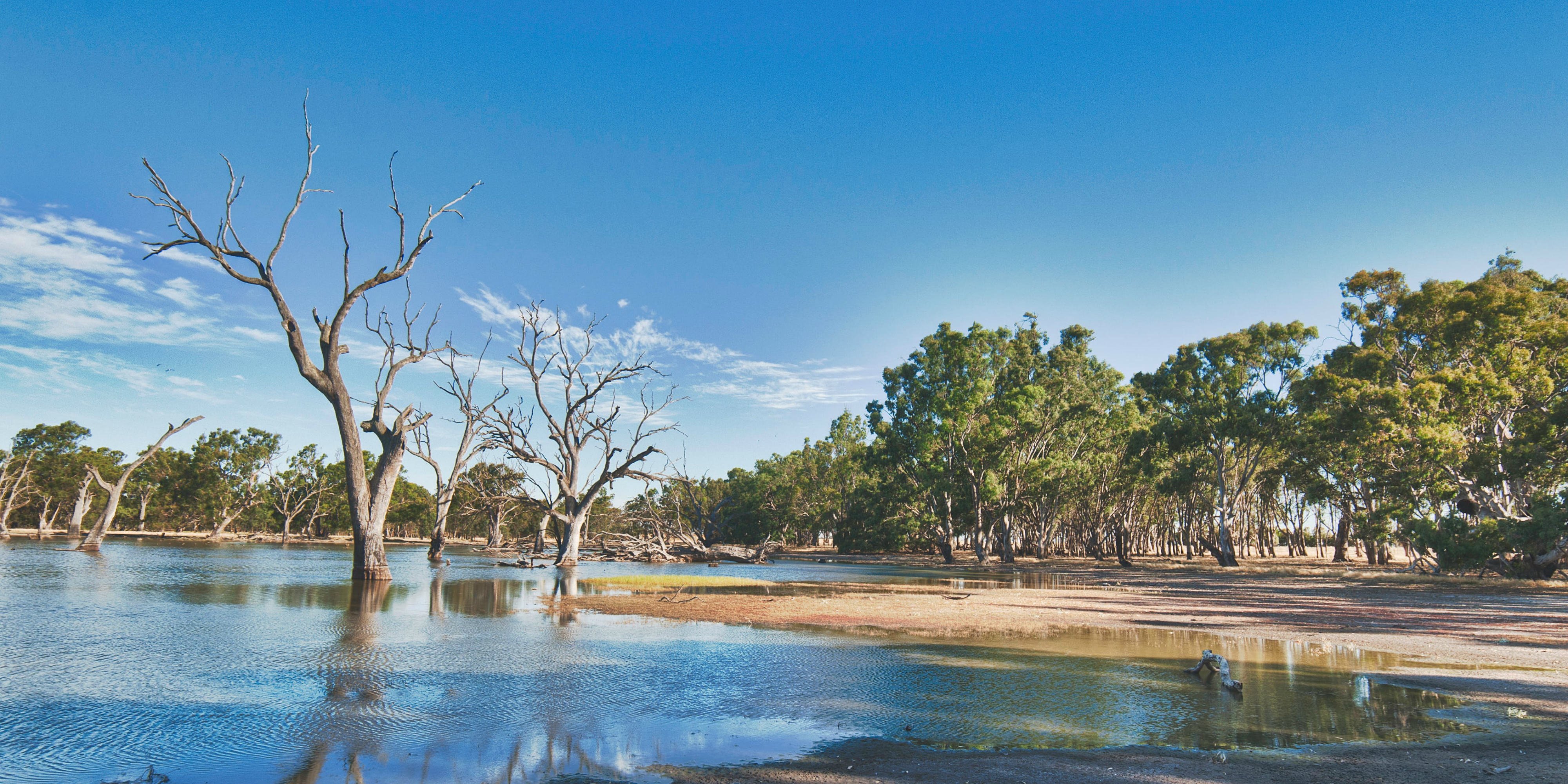 If we are to succeed in reducing biodiversity loss, conservation policy makers of the world need to combat this syndrome. They need to show their governments that the legislation and policies they put in place are effective.

To do this, you need to monitor how biodiversity changes over time. And to do this effectively, you need a baseline set of data, and a historical point of reference to begin monitoring changes from. Often, this baseline data is not readily available in the scientific world. This is where our elders come in.

How can knowledge from elders help combat shifting baselines? 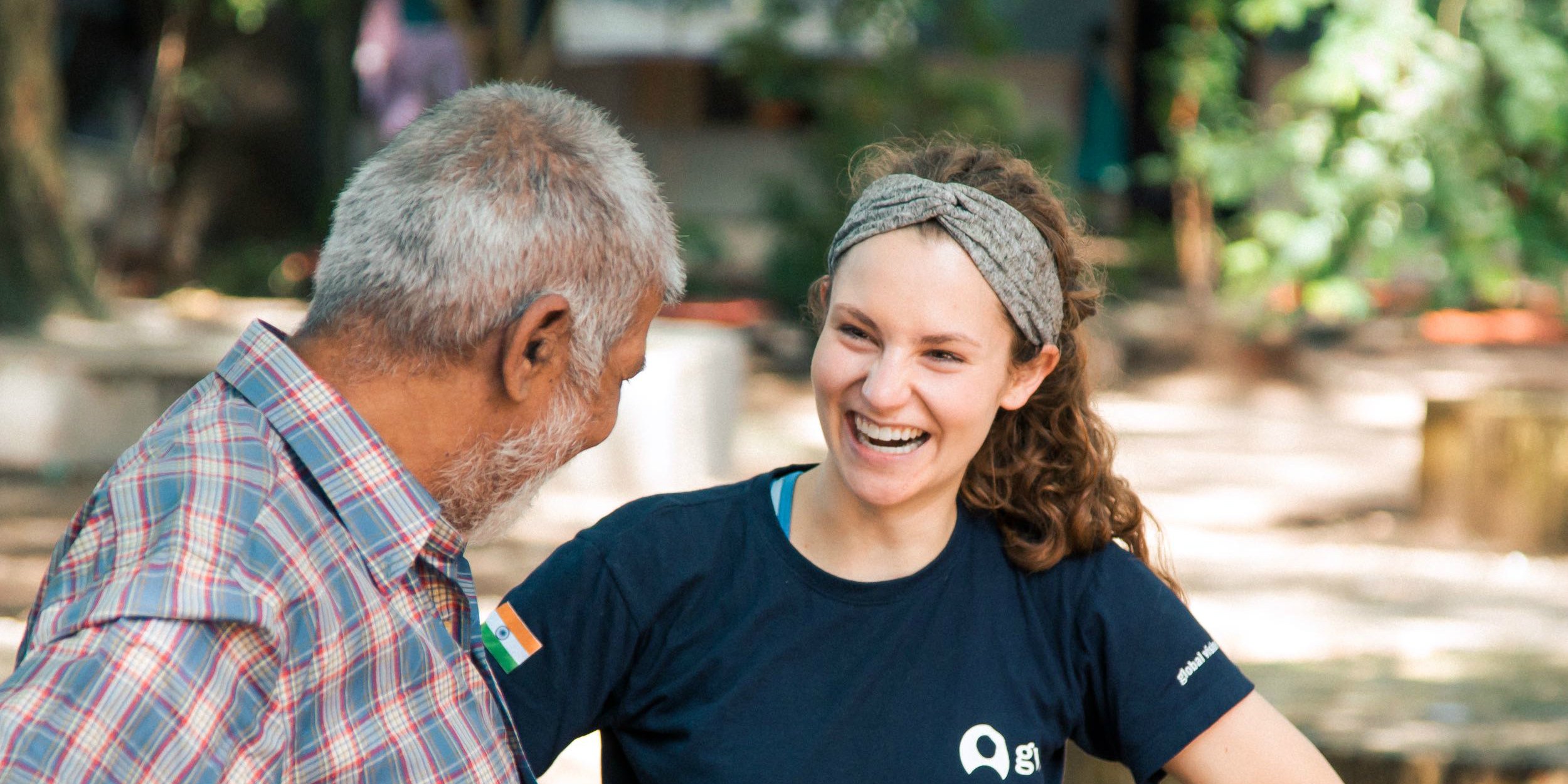 The knowledge our indigenous elders hold, known as traditional ecological knowledge, is very powerful. It is a collective understanding of particular places and the ecological relationships within them. This can be centuries old, passed down through oral histories.

Traditional ecological knowledge can help us combat the problem of shifting baselines by providing information about past environmental conditions and trends over time. This gives us a baseline against which to judge the current state of biodiversity. 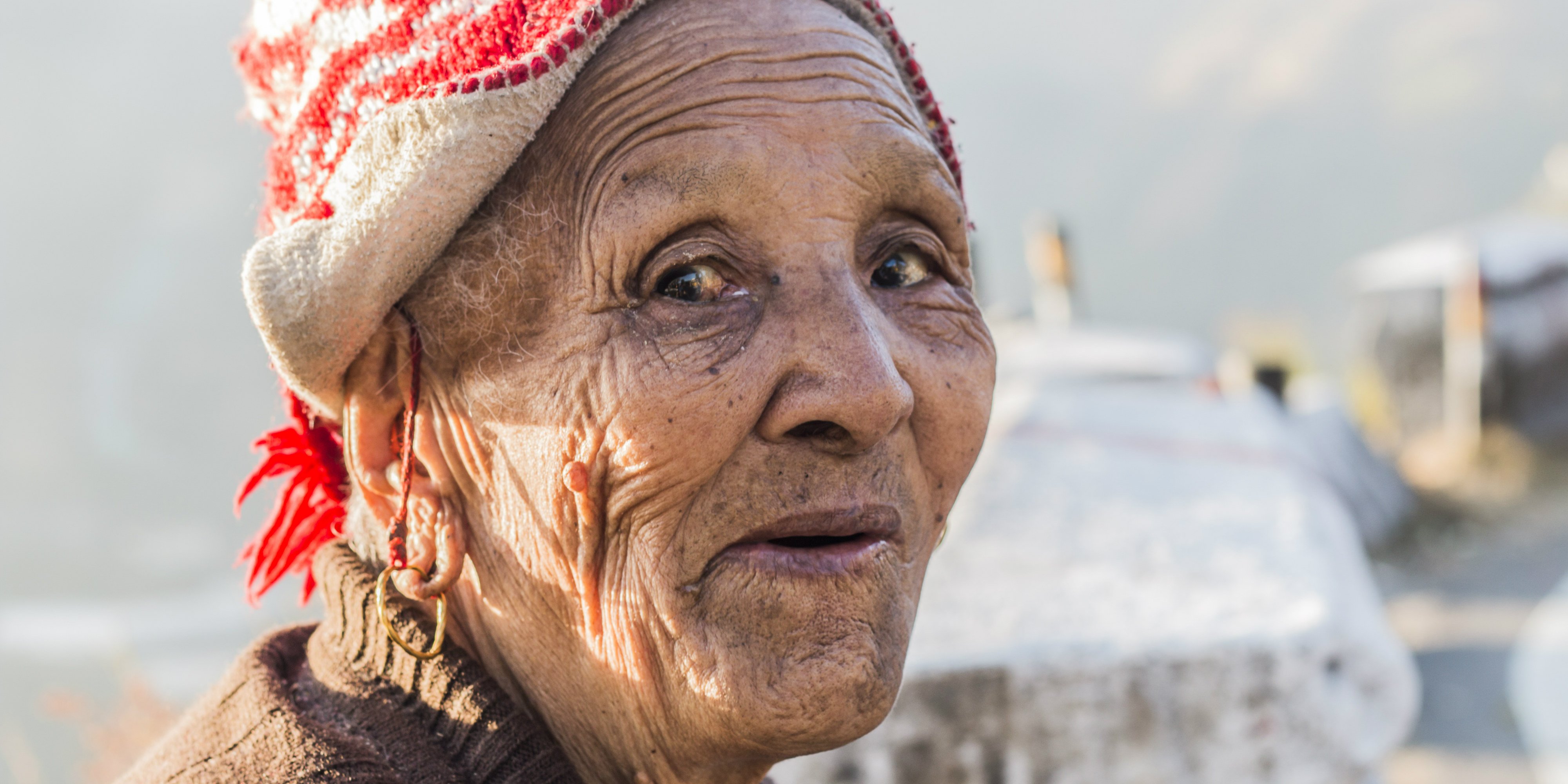 It’s not just indigenous elders’ knowledge that can help combat shifting baselines. Conservation, activist and scientific elders like David Attenborough, David Suzuki, Jane Goodall and Professor David Macdonald have long-term perspectives from their years of work in the field. In the absence of baseline data, their knowledge is also valuable.

We shouldn’t only be listening to famous elders like these, but normal, everyday elders too. They know how the natural world has shifted and changed over their lifetime as well. 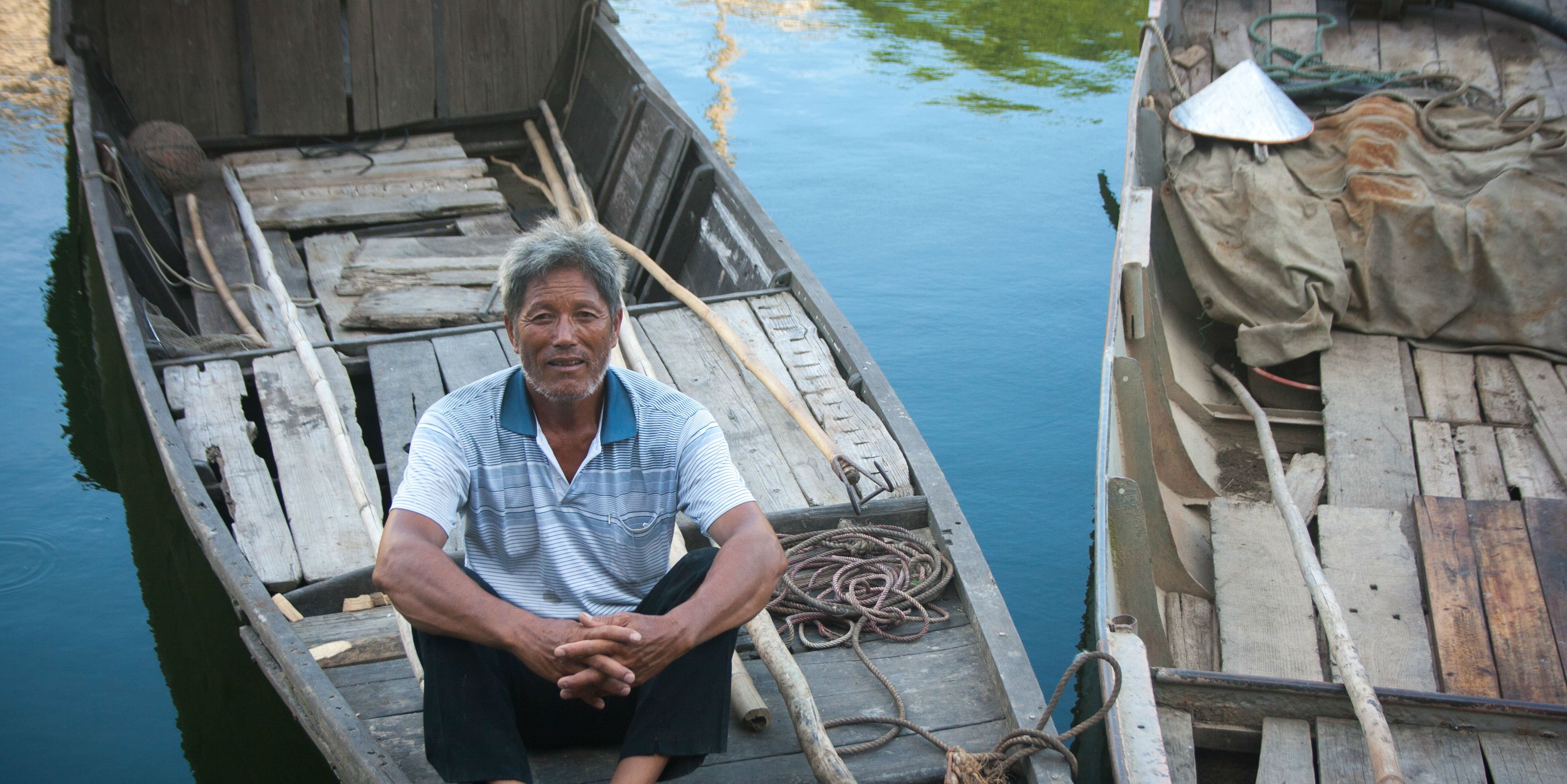 Our elders are therefore a treasure trove of knowledge. They can often tell us what has changed or tell us about a new biodiversity loss problem before science can. This information can and should complement any scientific information we do have. 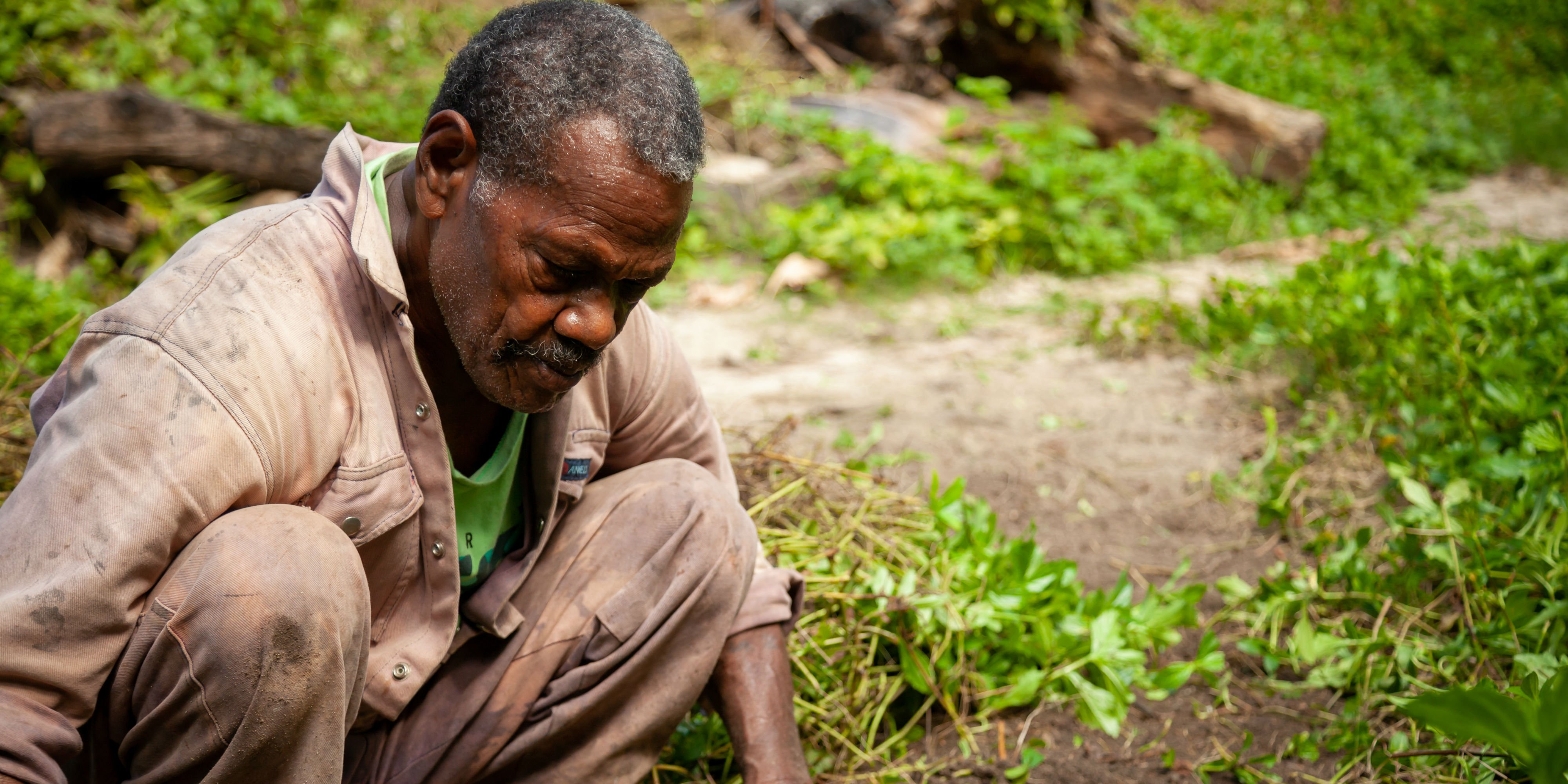 Habitat loss through development is a key driver behind biodiversity decline. Best practice in conservation policy involves limiting the impacts of development on biodiversity.

This is done through Environmental Impact Assessments (EIA). EIAs identify the potential impacts of a proposed development on biodiversity and how the project can be redesigned to avoid or minimise these impacts. 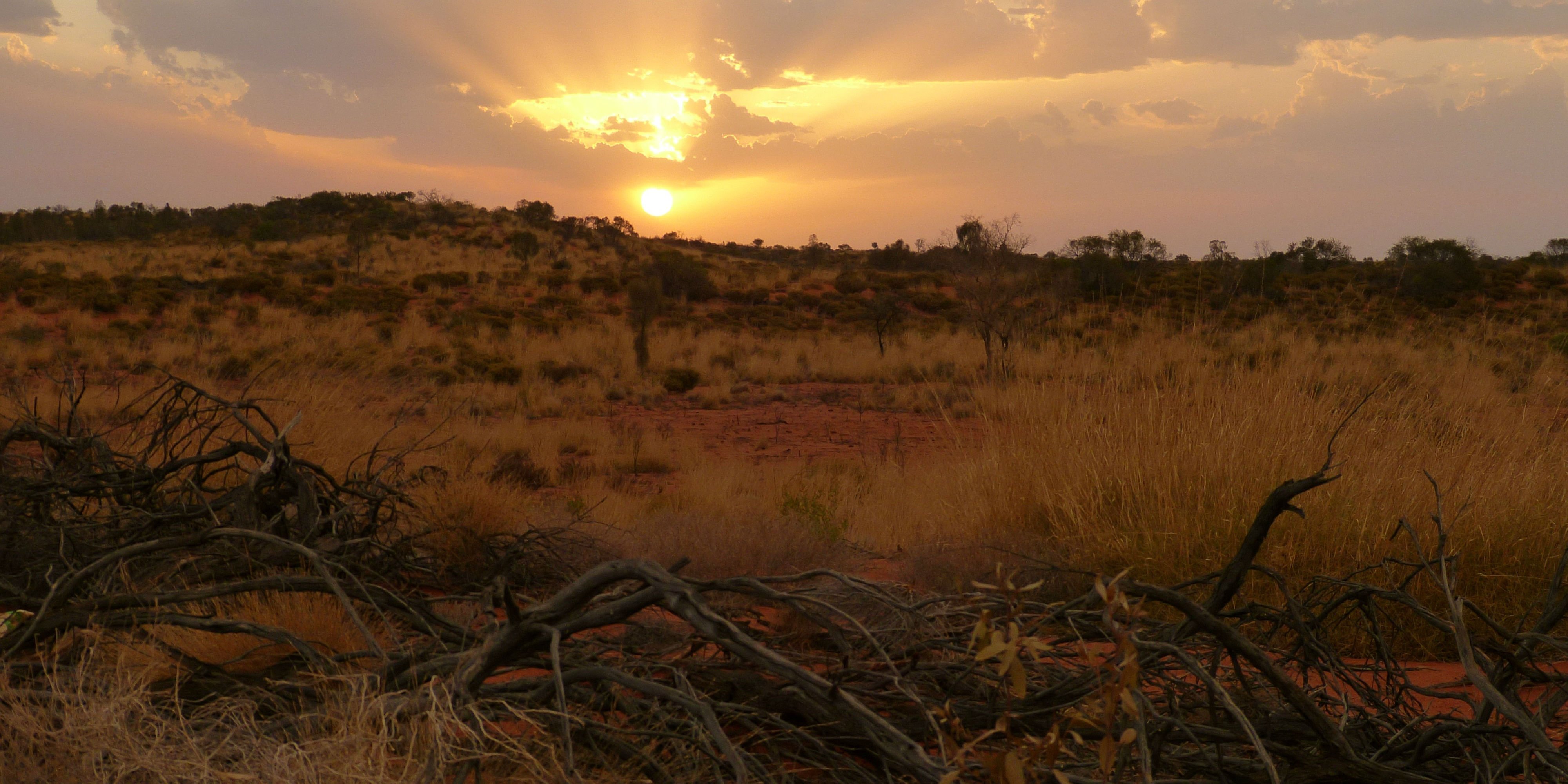 If we use traditional ecological knowledge around species we will have better informed EIAs and better outcomes for biodiversity.

For example, in one study, researchers interviewed Inuit elders on where arctic foxes lived during the winter and what they ate. They compared this to published scientific data. 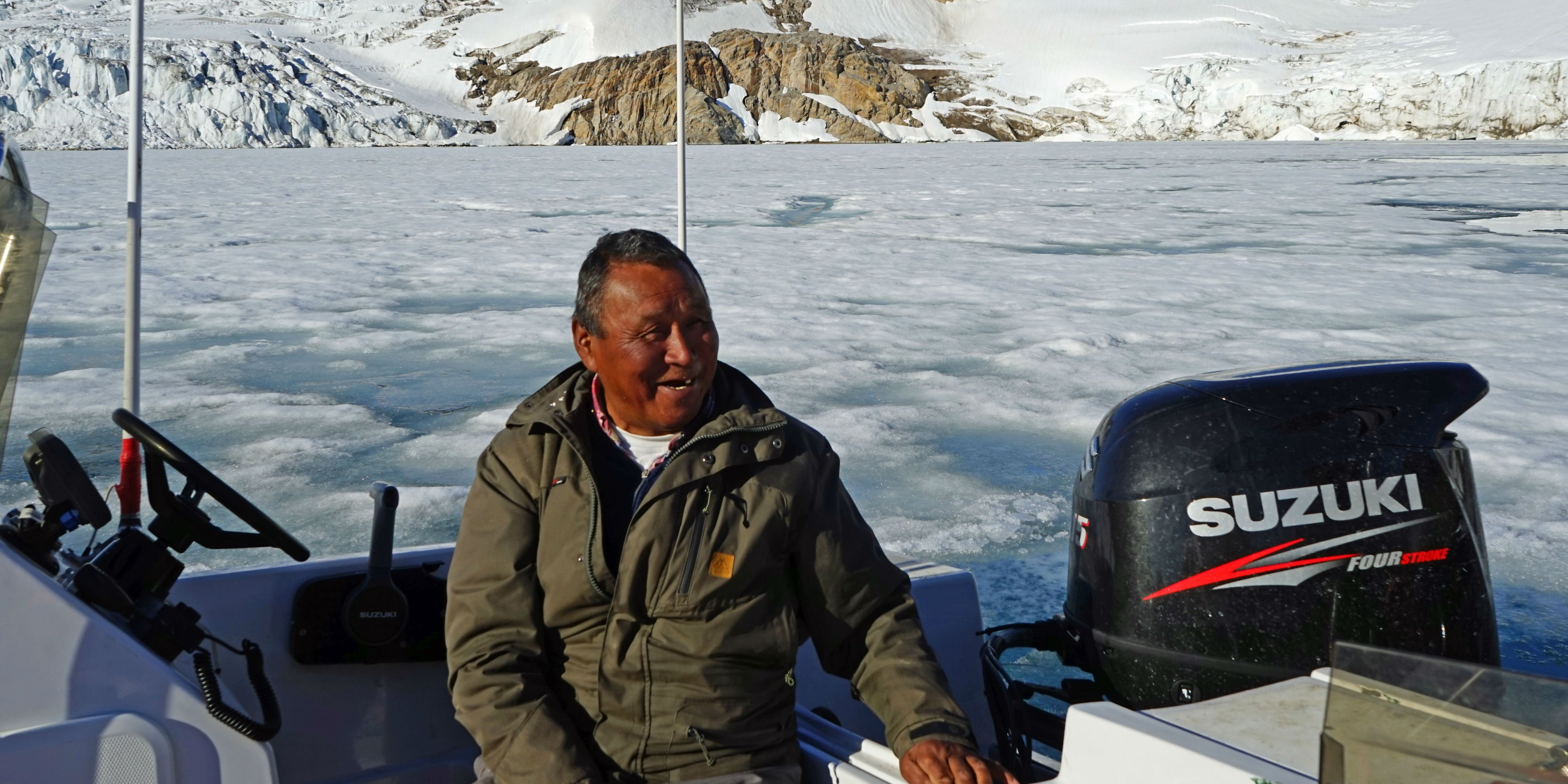 The traditional ecological knowledge gave information about the foxes’ strategies to survive the winter that was new to science. The researchers found there were two distinct strategies – one that is land-based, the other, sea ice-based, meaning different foods were eaten by the foxes.

The interviews also provided information on the foxes’ denning sites. Amazingly, traditional ecological knowledge expanded the known denning sites of the foxes to an area of approximately 23,000 km² compared to the original 425-km².

Imagine if an EIA for a large development in the region just used published scientific data to determine biodiversity impacts. Important foods and denning sites for the regional artic fox population would be missed.

Are countries using and recognising the knowledge our elders hold?

The use of traditional ecological knowledge is still relatively limited in broader conservation policy. This is despite a dedicated Aichi target for incorporating this knowledge into conservation policy and involving indigenous people in decision-making processes. However, there are some countries leading the way, such as Canada and Australia.

Canada’s use of traditional ecological knowledge to help wildlife

In Canada, the “Species at Risk Act” stipulates that assessments of whether species are at risk of extinction must take into account the traditional ecological knowledge that indigenous people hold.

Canada recognises that doing this improves the assessment process. It brings information and long-term perspectives on wildlife species that may not be available in the scientific literature. 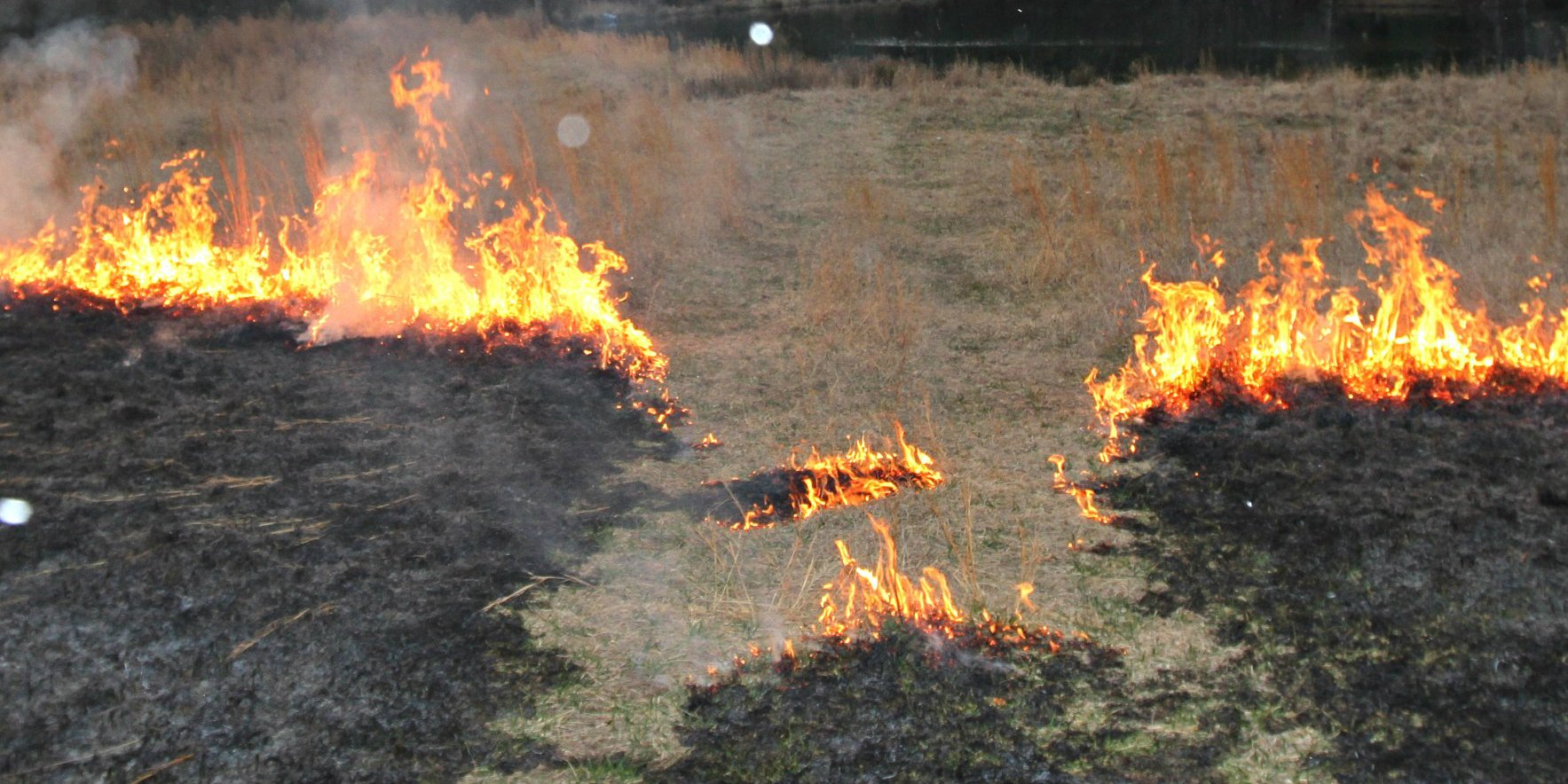 Another example of how traditional ecological knowledge is leading to biodiversity outcomes is the revival of cultural burning in Australia.

Indigenous Australians regularly burned the land for around 40,000 years. When Europeans came, these regular burns stopped.

The fuel load in the bush built up. Large and intensely hot wildfires burnt all the way to the top of the canopy. These fires killed giant swathes of vegetation, and with it, the animals that called that bushland home. 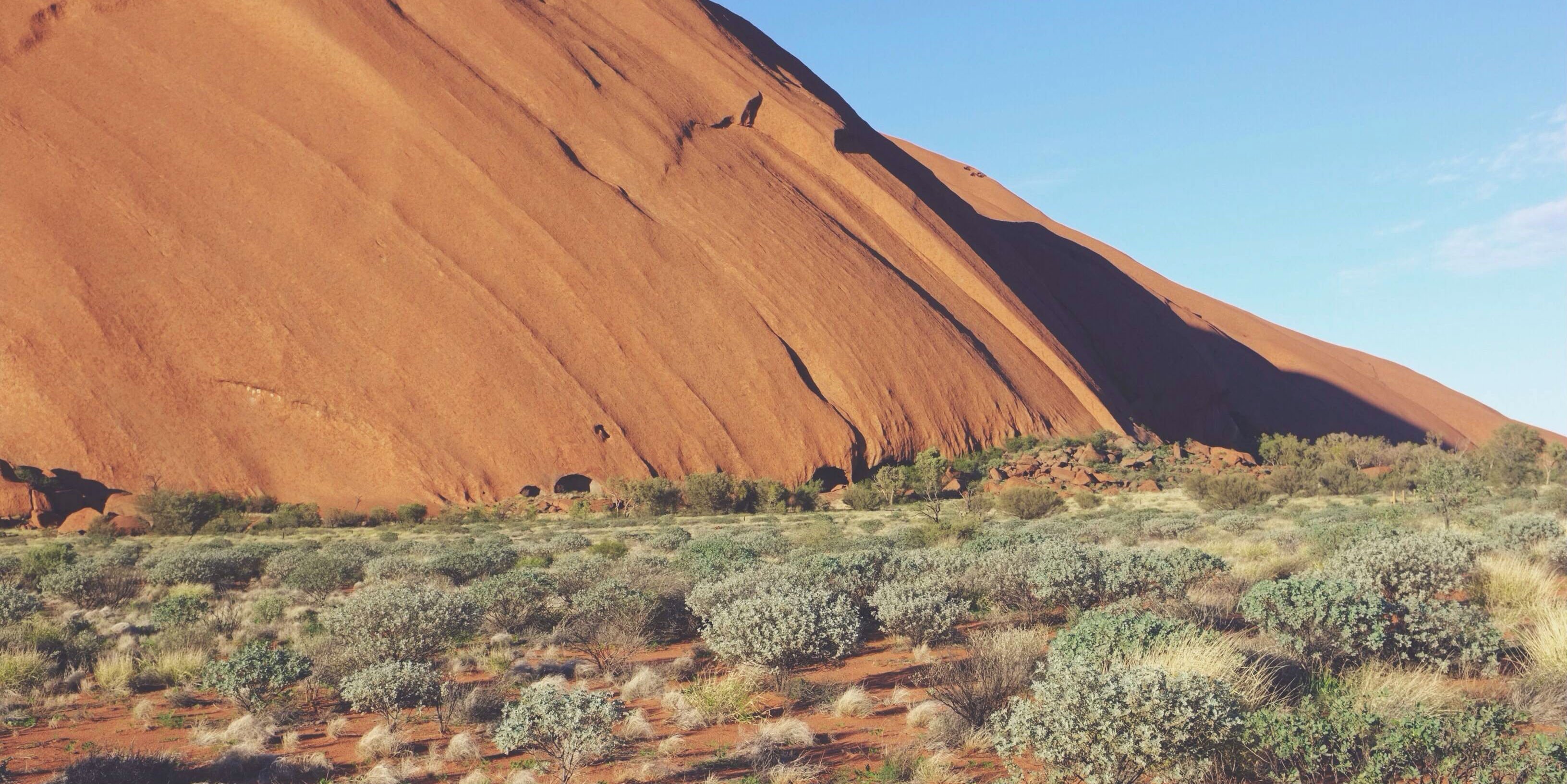 But now the Rural Fire Service has begun to work with Indigenous Australians to facilitate cultural burns in the south of New South Wales as a form of hazard-reduction burning.

Aboriginal elder Uncle Vic Sharmen told the Australian Broadcasting Corporation: “The burns, when done correctly, they are able to wipe out weed species and the endemic species will come back.” Reducing weed species and the resurgence of native species are positive biodiversity outcomes.

It is then up to the government of the day to decide whether the information provided will be taken into account when finalising conservation policies.

What can I do to help slow or halt the loss of biodiversity? 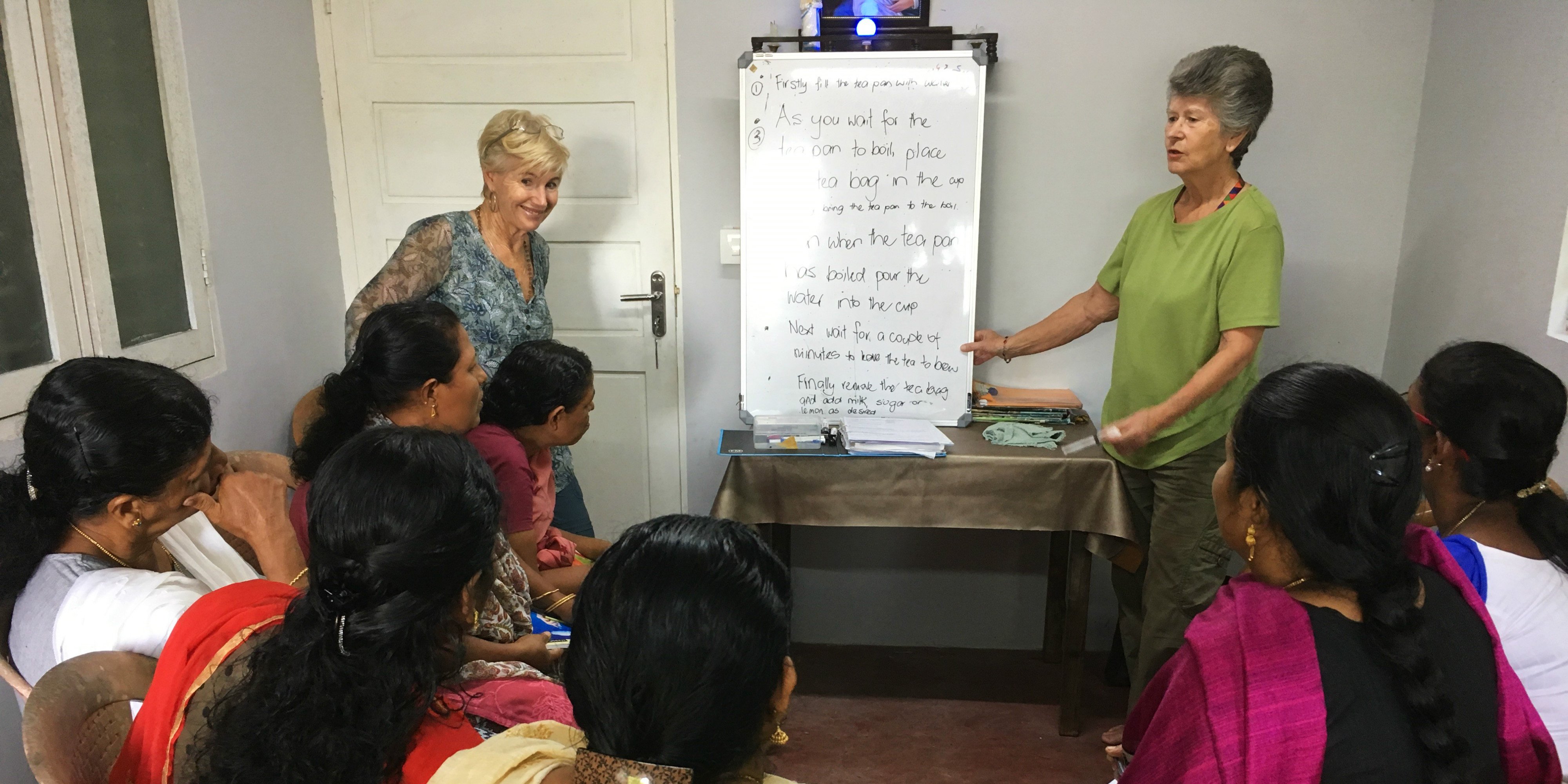 This is a question many of our conservation elders have grappled with throughout their lives. Given their experience, we can listen to their advice.

David Attenborough, the world-famous nature documentary programmer, gave a speech to the UN’s Conference of the Parties 24 meeting last year. He prompted people to go to the Act Now Bot to learn what they can do to combat climate change, one of the large drivers behind the loss of biodiversity.

The Canadian scientist and activist David Suzuki recently released a commentary around biodiversity loss. In it he said we can drive and fly less, eat less meat, and be aware of the impacts of our consumer choices.

On Jane Goodall’s website, she recognises that we can volunteer our time on biodiversity conservation projects. In her words: “what you do makes a difference, and you have to decide what kind of difference you want to make.” 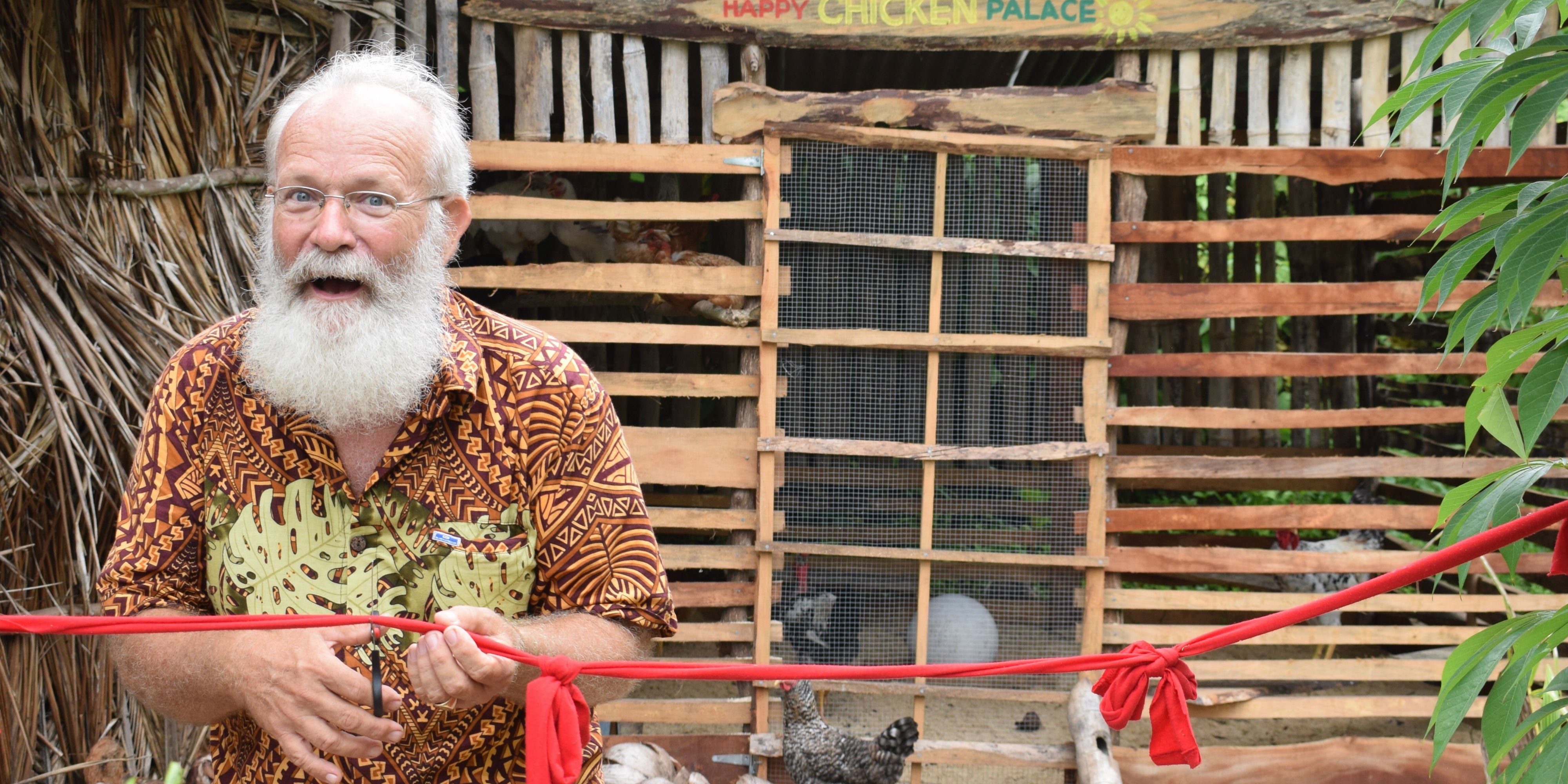 In order for the UN to meet its biodiversity-related SDGs, both we and the governments of the world need to learn and listen to the wisdom that is embodied in our elders, both indigenous and otherwise, around the globe.

If you want to contribute to these SDGs,  volunteer your time on a community-led GVI wildlife conservation project. Apply here now.

If you are an elder who would like to make an impact, you can join one of our over 50s volunteering programs.