01727 250 250   Apply Now
Announcement
TRAVEL UPDATE: We're open! Where can I go?
Tasneem
Johnson-Dollie
Tasneem Johnson-Dollie is a travel writer living in South Africa. She has experience in public health nutrition and worked as a dietician before launching her writing career. She loves bringing her passion for public health and sustainable development to every article she writes. Her travels around South Africa as well as to India, Australia, and Saudi Arabia have fueled her passion for exploration.
Cusco Travel
0 Likes
Share
Facebook
LinkedIn
Twitter

The best South American foods to try when travelling to Peru 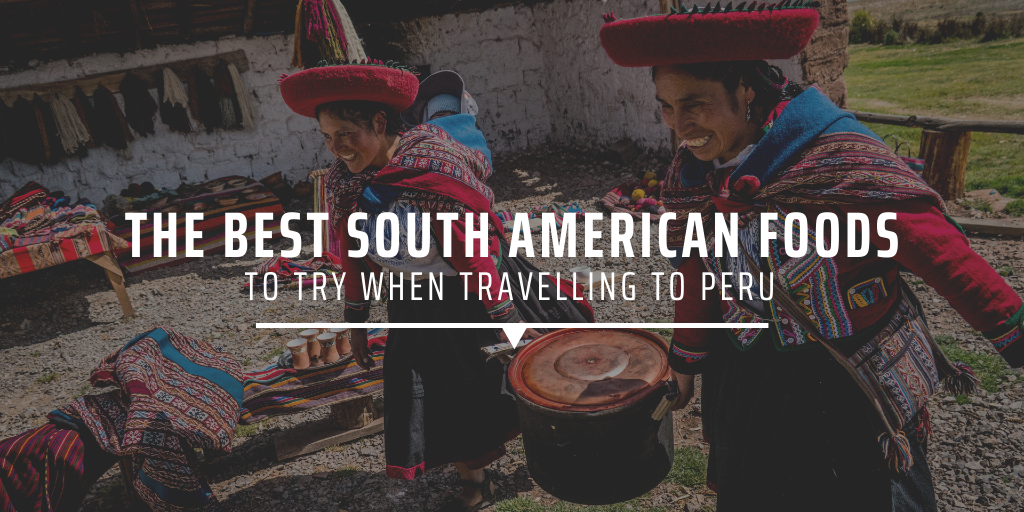 What’s one of the biggest perks of travelling to Peru? Scenery aside, this destination is one of the best places to sample a selection of South American foods.

Sure, travel magazines can easily capture the attractions you’ll see when you travel to Peru, but you can’t print the tastes or smells of the traditional Peruvian foods. That’s something you can only get from experiencing it first hand.

Come with us as we dish up samples of the most popular Peruvian foods, and see how you can spice up your experience abroad with a pinch of South American food culture.

Get to know staple Peruvian foods 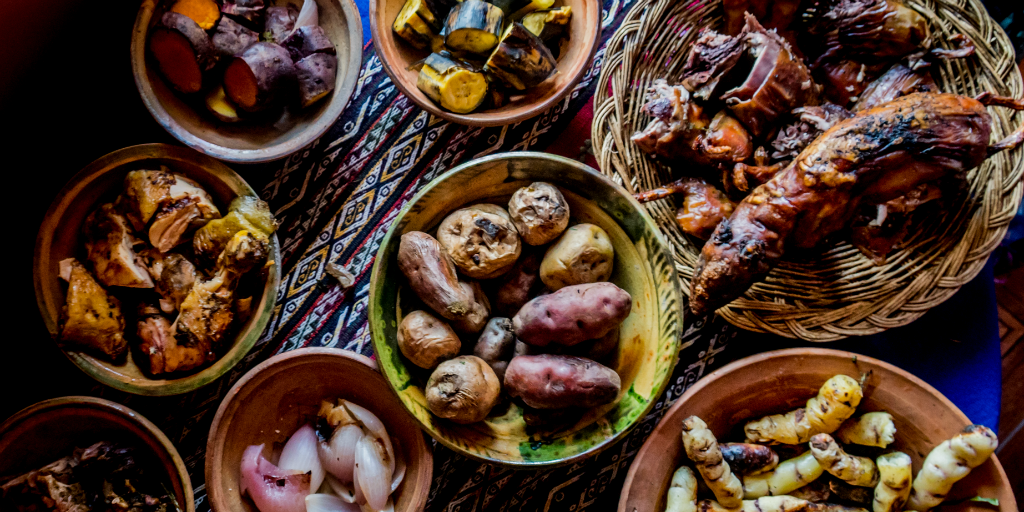 Staple Peruvian foods, like potatoes and legumes, are the stars of the show when we look back on Peruvian food history.

When you travel to Peru, getting to sample dishes that include staple foods can broaden your cultural insight of the country in a big way.

Let’s start our Peruvian food tour by taking a bite out of two dishes made from one of the most popular South American food staples, the potato.

If you aren’t familiar with Spanish, you might not recognise the title of this dish, but this traditional South American food simply refers to potatoes in a spicy cheese sauce.

But the Peruvian recipes used to cook this dish set it apart from ordinary spuds slathered in just-ok sauce.

To make this dish, start by pureeing some of Peru’s finest cheese – like queso fresco – and mix it up with garlic, evaporated milk, lime juice and a sprinkle of crushed saltine crackers. Now, drape this creamy sauce over thick slices of boiled, golden potatoes that are perfectly seasoned, and wait to see just how long you can resist digging in! 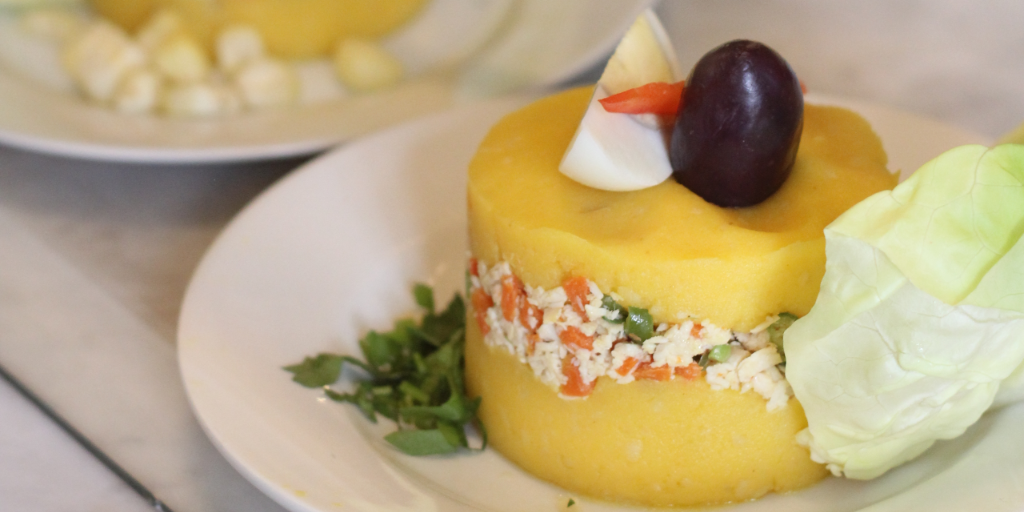 For a more sophisticated take on the humble potato, travel to one of Peru’s many top-notch restaurants. Here, it’s likely that you’ll spot one of the most popular Peruvian foods, called causa.

How will you know when you’ve seen it? Well, look out for a dish that’s in the shape of a tower, with silky smooth layers of mashed potato on the top and bottom, and a protein sandwiched in between. If you see a dish looking like this, you’ve probably caught a glimpse of causa!

It’s made up of a mix of fish, avocado, plantains, and any other ingredients that tickle the chef’s fancy. But don’t be surprised to hear that this culinary delight is in fact crafted mainly out of potato.

Bursting with colour, carefully assembled, and expertly garnished for extra flair, you may wonder why Peruvian food culture would dedicate so much time and effort to a spud?

Well, travelling to Peru will teach you that potatoes may not be as simple as the ones you’re used to seeing back home. In Peru, there are over 4,000 different types of potatoes that vary in size, shape, taste and even colour.

So, yes, the deep blue, crescent-shaped vegetable sold at the outdoor market is from the same family as the knobbly, cherry-red spud beside it – and they’re all related to the dusty brown potato you’d take for granted back home!

With this in mind, it’s easy to see why Peruvian potatoes are so impressive, and why local people consider potatoes some of the most nutritious and tasty of all South American foods.

The Peruvian street food scene is one place where you can see how Peruvian food history has been brought into the twenty-first century.

Markets are lined with eateries known as anticucheria that sell food called anticuchos, and cevicherias that sell ceviche.

These establishments give local people and tourists quick access to some of the most popular traditional South American foods. They also have the added benefit of allowing you to see just how anticuchos and ceviche are made. 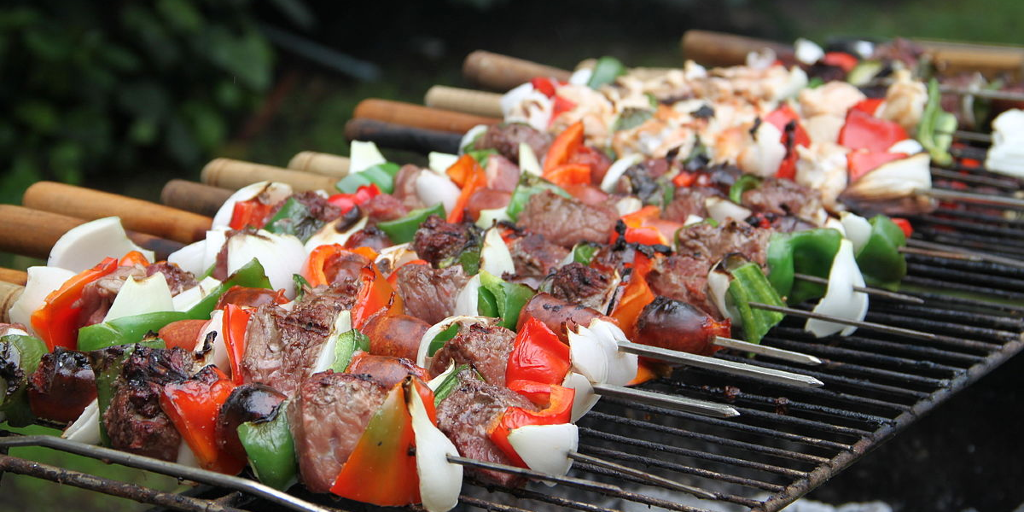 This offal food can be transformed into one of the most tender and tantalising Peruvian street foods in just a few steps.

One of the simplest recipes requires the hearts to be chopped into small cubes and marinated in a mix of chilli, cumin, garlic and vinegar. The meat is then threaded onto skewer sticks and roasted – to medium-rare – over a charcoal fire.

So, what’s it like to eat? Imagine sinking your teeth into a soft and tender morsel of meat, with smokey, spicy and savoury Peruvian flavours swirling across your tongue. 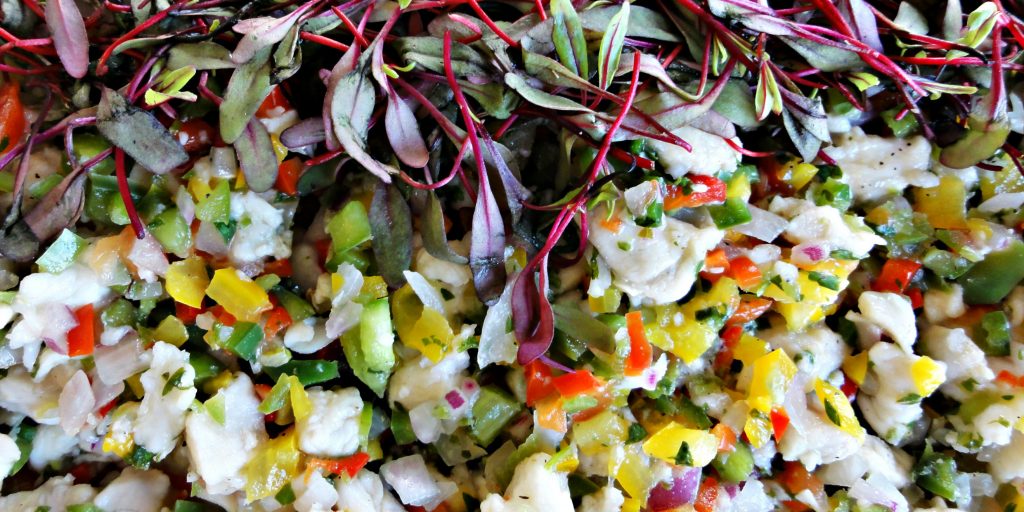 Ceviche is a traditional South American food made by marinating fresh fish in citrus juice.

This popular Peruvian food isn’t exclusively found in Peru. Variations of the dish are part of the food culture in countries like Mexico, Fiji and even Ecuador.

So, why travel to Peru to try ceviche? Well, this country, just like all the others, puts its own special spin on ceviche that’s an expression of Peruvian food history.

Ceviche is such a popular Peruvian food that it’s commonplace on the Peruvian street food scene. In fact, the word ceviche is thought to come from the Quechua word, siwichi, which means fresh or tender fish.

Quechua people are a group of Indigenous Peruvians who are thought to be the direct descendants of the Incas. So, the Peruvian food history that’s seen in this traditional South American food stretches more than 500 years into the country’s past.

How it originated here, we don’t know for sure, but it may have to do with Peru being home to South America’s largest lake, Lake Titicaca, and the abundance of fish that inhabit it.

You can learn a lot about the country’s culture by sampling the varieties of ceviche on offer around Peru – some sour, some sweet, some with a fiery kick. 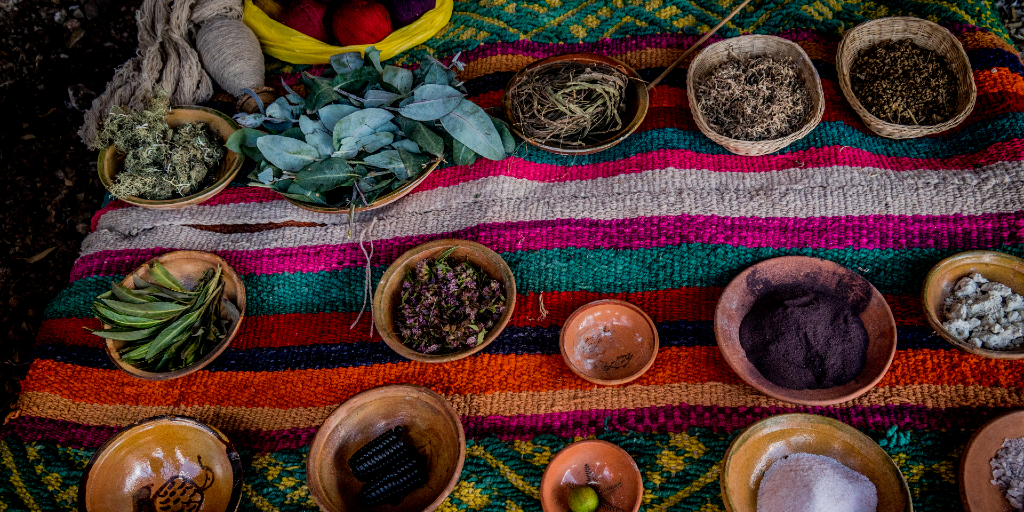 Most of the South American food recipes traditionally used in Peru also include spicy aji – a Peruvian chilli that adds the smouldering flavour and colour that’s common in popular Peruvian food dishes.

So, when you travel to Peru for a culinary close up, savour the flavours that are cooked up in the cuisine. But, also get into the habit of keeping a flask of cold water close by if you aren’t well versed in spicy food – or get acquainted with the word aji early on so that you can ask for it on the side!

Take a look at GVI’s award-winning volunteer programs in Peru that will allow you to travel to Peru and taste a wide variety of South American foods.