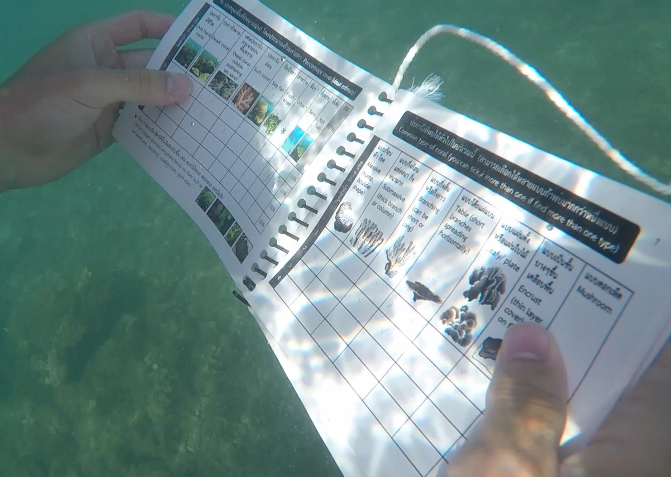 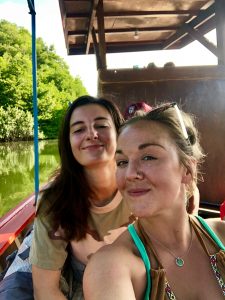 Apparently, I had been a little sleepy because the last image I recall is that of our GVI base disappearing from view as we pull out of Ban Nam Khem. Now, the sound of the cab’s engine cutting off and the shuffling of bags stirs me awake. My eyes pop open, shaking off the 45-minute ride….we are going snorkelling!

Coral surveys are by far one of my favourite ways to kick off the day. I could spend hours in the warm, gorgeous waters of the Andaman Sea, and every survey site we visit is unique. In the wake of widespread pollution, climate change, and rising ocean temperatures it is ever more important that we commit special attention to the oceans’ coral reef habitats. Coral reefs are not only beautiful, but they are also the hubs for a great variety of marine life. They are the busy, beating heart of the oceans, drumming with diversity, ecosystems, food chains, shelter, survival, and new life. 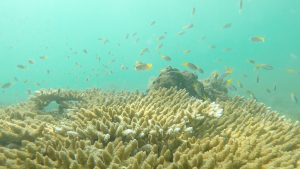 Corals, or coral polyps, are marine animals which engage in a symbiotic relationship with a type of photosynthetic algae, called zooxanthellae. Coral bleaching is the phenomenon that occurs when this relationship is out of whack. Around the world, ocean temperatures are warming and sea levels are rising due to climate change; consequently altering the habitat conditions for both of these organisms. This more than 200 million year relationship (uh, that’s a long commitment) is in danger. 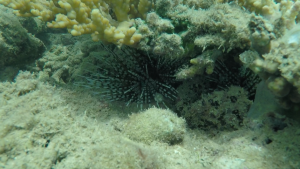 The algae require photosynthesis to produce oxygen and nutrients which are then consumed by the corals and turned into carbon dioxide, various nutrients, and ammonium waste which is, in turn, consumed by the algae; thus completing the mutually beneficial circle. The zooxanthellae algae are fleeing the protection of their long-term partner because the stress which climate change is placing upon the coral polyps is preventing the corals from holding up their side of the nutrient-providing arrangement. Coral reefs appear white after coral bleaching because algae have left the polyps, leaving the corals bare. 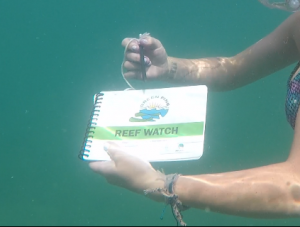 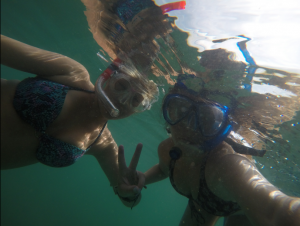 So, how do our Coastal Conservation Volunteers at GVI Phang Nga take part in fighting for the survival of coral reefs? We throw on our fins, masks, and snorkels, and survey! We have a few different sites which we routinely visit to observe and record the state and diversity of the coral reefs and surrounding marine life. This information is documented and shared with some of our partners, such as Green Fins. The information is imperative to track, inform, and facilitate the hopeful and healthy recovery of the oceans’ vital and remarkable coral reefs. 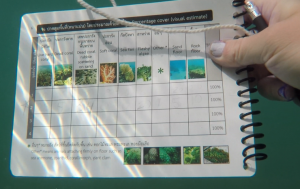 As I kick off my fins and we head back to the pier, I am filled with mixed emotions; sadness at the presence of bleaching and broken rubble speckled throughout the reef, wonder at the vibrancy of the ecosystem buzzing just below the surface, but most of all, hope towards the future and the knowledge that the world is filled with those who care and innovative solutions to the problems we face and that these surveys are helping to arm the cause with information. 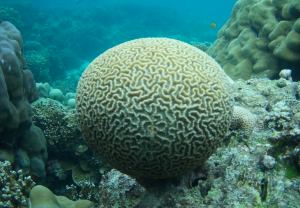