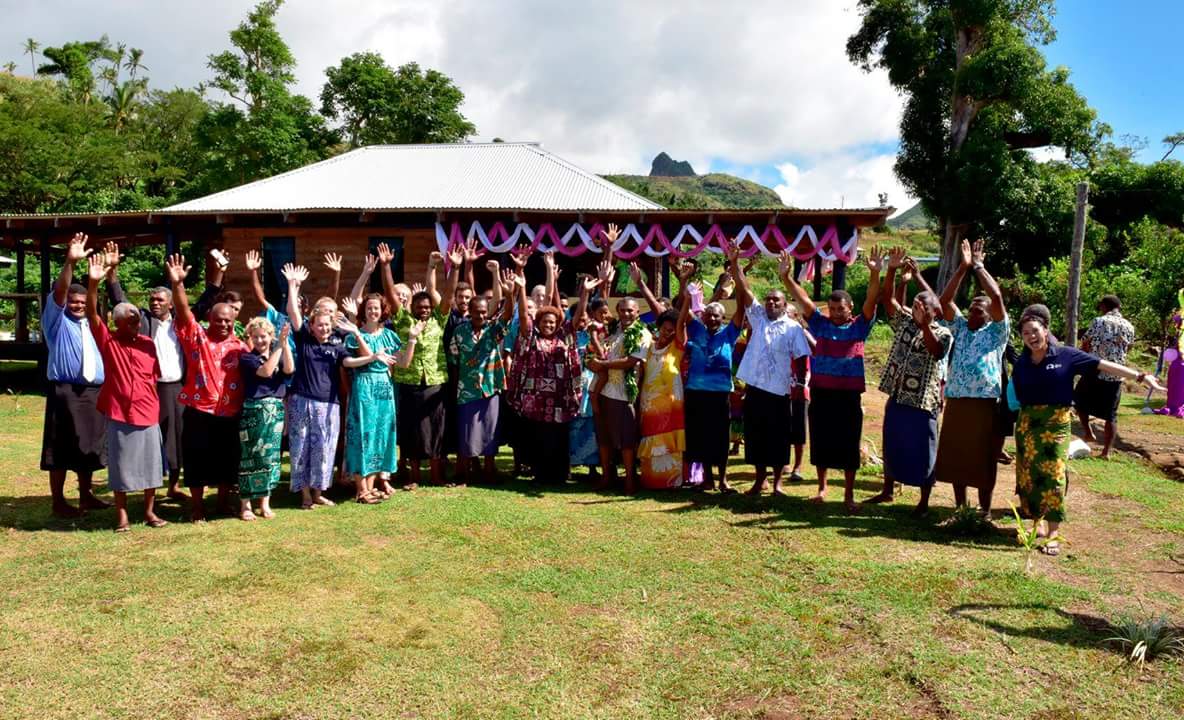 Thought I would share the story about the beautiful base we rent here in Silana Dawasamu. Since 2015, GVI has been collaborating closely with the youth committee (selected men of the village aged 15-40) in Silana to develop and grow their income-generating projects.  Each village in Fiji has a youth committee consisting of a President, a Chairman, a Secretary and a Treasurer.  These four men hold meetings together, as well as meetings with other members of the youth.  We worked with them to find an effective way of handling and recording the accounts and budgets used by the committee to fund the village.  The youth also began to look at other business ideas to grow new, sustainable income-generating projects.

GVI perform as a huge income-generating project for the village as we rent the space and buildings for our base.  This money is saved and spent thoughtfully to benefit as many members of the community as possible.  In the past, for example, new school books for the children of Navunisea District have been bought and vocational training for students who have finished secondary school and wish to continue their education has been funded.  This money is also used to maintain the cleanliness of the village, for example, the upkeep of cutting the grass and fixing any water issues such as blocked or damaged piping. 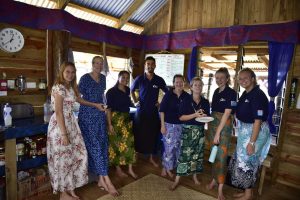 Maintaining budgets is of high importance to the youth committee and they meet once a month with a member of GVI staff to discuss what is being spent, what it’s being spent on, and what is being saved.  With requests and recommendations from members of the community, they then decide to make adjustments to their budgets accordingly.  This was

extremely prevalent following Tropical Cyclone Winston in 2016 which caused mass destruction to the village.  The committee’s objectives changed in the wake of the cyclone, where one of their main goals was to rebuild their income generating projects, in order to fund the rebuild of village houses, their church and repairs needed to the community hall.  Prior to TC Winston, the village had managed to save 17,000 $FJ as they had worked hard with the help of GVI to ensure their accounts were operating efficiently.

As the base had been demolished in the cyclone, GVI had to find alternative accommodation.  We lived in a neighbouring village for twelve months, however, it was not feasible for this to be a permanent or long-term solution.  Therefore, it was the decision of the village and the youth to rebuild an income-generating project, in the form of our base, using some of the money they had managed to save.

The next step was to create a proposal which the youth committee wrote with input and assistance from GVI, giving advice on the requirements needed to complete an effective and successful business plan.  These are sk

ills that will be carried into the future for any other projects the village want to create.  As the proposal needed to be written in English, GVI along with the men did an amazing job at collaborating to compose this, namely head of the committee at the time and acting ‘bridge’ between the village and GVI, Meli Rabele. The proposal was written to request a grant from the IRHDP (Integrated Human Resource Development Programme- a department of the Ministry of Industry, Trade and Tourism).  There was a lot of back and forwards between the committee and the IRHDP but eventually, after six months of meetings, the village was presented the full grant given by the IRHDP of 50,000 $FJ.  This was a huge accomplishment for the youth committee and meant that work could properly begin on rebuilding what was to be the new GVI base.

The buildings were designed and built so that they can be used in the future as a tourist resort, meaning that this income-generating project becomes a long-term sustainable source of income for the village.  The grant also involves a 5,

000 $FJ which the IRHDP stores and can be requested to be withdrawn to assist with maintenance needs for the base or for business training for members of the community.  The village wanting to rebuild the base confirms that GVI presence is valued as a lot of effort and time was invested into the rebuild. The first building was completed in January 2017 using the 17,000 $FJ the village had saved.  This was to later become the kitchen and dining room areas but was temporarily used as dorms for our volunteers, meaning we could move back home to Silana.  GVI then rented various buildings throughout the village for staff member housing and for a kitchen space. In July 2017, the committee received their funds and materials needed from the IRHDP and work on the base could take full swing.  The base took twelve months to complete as there were some delays due to the high demands for building materials throughout Fiji, as many other areas of Fiji were also being rebuilt and redeveloped.

On 19th July, the GVI base was officially opened by Fiji’s Minister of Industry, Trade and Tourism, (Hon) Mr Faiyaz Koya.  This was a huge milestone for the community, our hub, and a testimony to the support that the village, and GVI members and partners have provided throughout the project.  The base is now fully finished, furnished and occupied by GVI volunteers and staff.  Mr Koya recognised that ‘this project will provide an avenue for the youth of Silana to earn a livelihood for themselves and improve the standard of living of their families and the village’.  He also stated that ‘one unique aspect of this project is that while it belongs to the people of Silana, the bure is operated and managed by the youth in the community, whereby more than twenty youths have acquired life-long skills of constructing bures and knowledge of setting up and managing a business’. 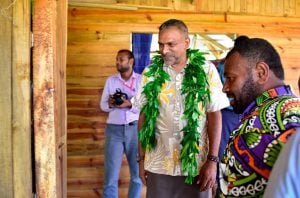 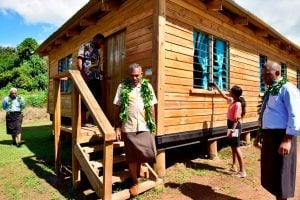