01727 250 250   Apply Now
Announcement
TRAVEL UPDATE: We're open! Where can I go?
Zaytoen
Domingo
Zaytoen Domingo is a content writer and editor based in Cape Town, South Africa. She is currently enrolled in the Masters program in English at the University of the Western Cape. After graduating with an Honours Degree in English and Creative Writing, Zaytoen completed a skills-development program for writers and became an alum of the GVI Writing Academy.
Community Development Cusco Travel
0 Likes
Share
Facebook
LinkedIn
Twitter

Step foot into the Inca Empire as a community volunteer in Cusco, Peru 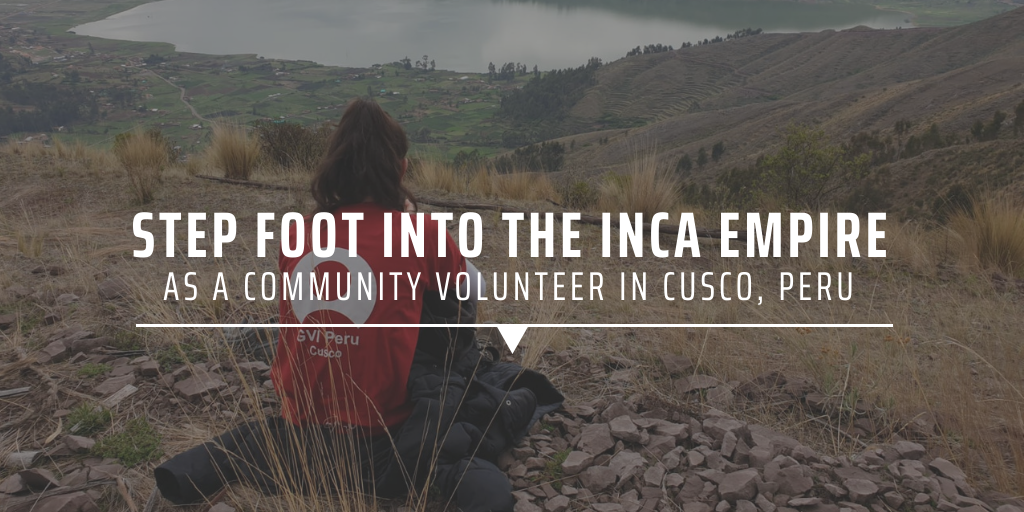 You’re a community volunteer in the city of Cusco, in southeastern Peru, walking on the same spot where approximately 600 years ago, an ancient Inca civilisation flourished. You wonder: where did it all begin and where did it all go?

The Inca people would be the best tellers of their story, but since there are no longer any Inca people known today, we hope this version of the Inca history can come close.

As with most oral legends, this one has many different claims about the Inca origin story. Although sources vary, this version of the story tries to include the similar threads shared across each source.

Read about the origin of the Inca Empire and step foot onto this historically rich land as a community volunteer in Cusco, Peru. 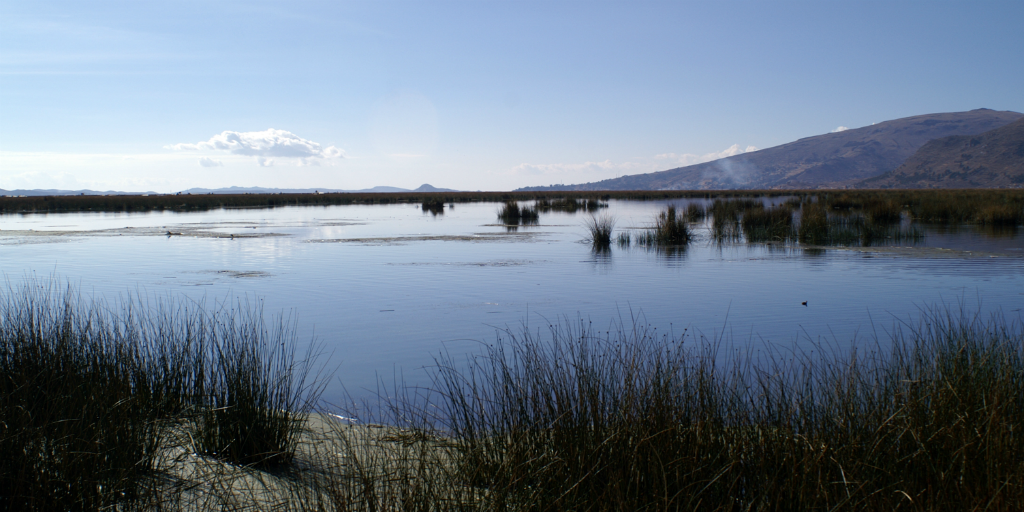 The legend takes us back to the 13th century, in what is now known as Peru. The sun god Inti came upon three caves close to Titicaca Lake and from them he created a people. From the middlemost cave, Qhapaq T’uqu, he created four brothers and four sisters whom he declared the founders of the civilisation.

From the other caves he created groups of people who would be the civilians of the Inca society. The new Incan society was led by one of the brothers, Aya Manco, who possessed a golden staff.

The golden staff had the magical ability to detect fertile soil by only penetrating fertile land, and was used to guide the people on a long journey in search of land to settle on.

It was upon entering the valley of Cusco that the golden staff finally pierced the soil and so the Inca people built their new settlement.

Cusco became the capital of the Inca Empire and can still be visited today. You can be even more involved when you become a community volunteer.

The rise of the Inca Empire 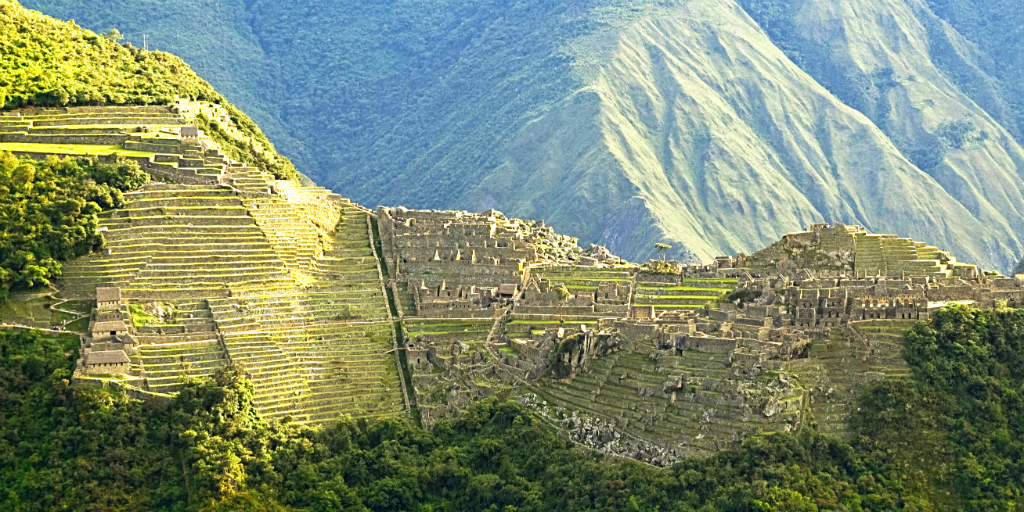 Aya Manco was the first king of the Inca people, but he would not be the most famous. It would be the ninth Inca king whose name and influence would make history.

Cusi Yupanqui, better known as Pachacuti, which means “he who remakes the world”, would put into motion the rise of the great Inca Empire. This isn’t a story of inherited claim, but of a kingship earned and maybe even destined for him.

Pachacuti was not the first in line for the throne after his father who was the king. When the small civilisation was besieged under attack from an enemy Chanka tribe, the king and his successor, Pachacuti’s brother, fled the city.

With no leader to protect the Inca civilisation, Pachacuti stepped up to lead the defense against the enemies, thus saving the city. His victory earned him his name and the crown to the throne.

Pachacuti expanded the Inca civilisation into an empire, through the Andes Mountains, by making allegiances with neighbouring states. He offered states wealth and protection if they aligned themselves to him and adopted the Inca way of life.

The new empire was named Tahuantinsuyu, meaning “land of the four quarters” in the language, Quechua. Each division had its own ruler under the king Pachacuti.

The Inca people didn’t have a written language so their knowledge was passed on orally, and through a unique system of knots called Quipu. These string-devices were used for recording the taxes which would be the start of a civilised society.

The tax money was used to build irrigation systems and travel routes between each quarter. The flourishing economy also allowed for great terraces and estates to be built, with the most famous one today known as Machu Picchu.

The fall of the Inca Empire 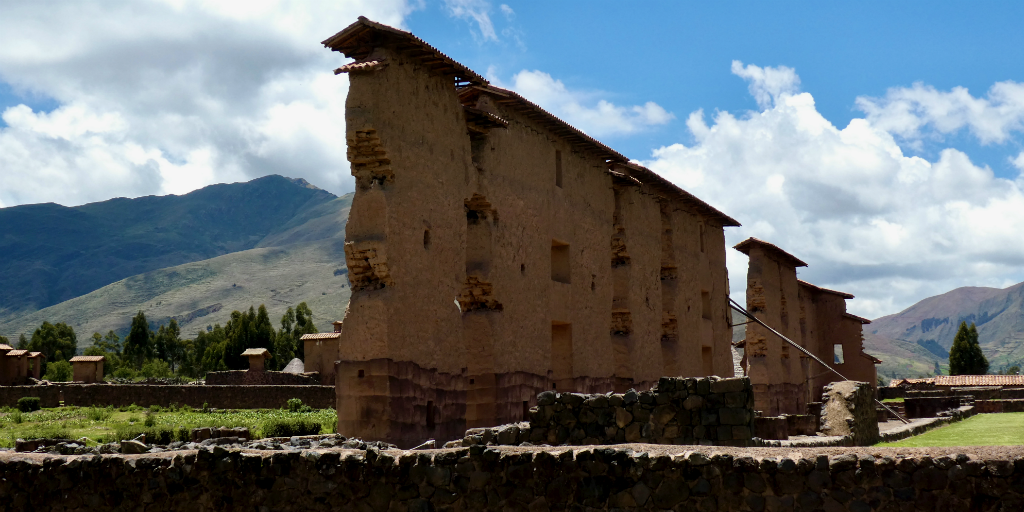 Original image:Temple of Wiracocha by F Delventhal is licenced under CC BY-SA 2.0

Following the reign of Pachacuti, in the later 14th century Cusco, his son, Topa Inca, stepped up as the heir to the throne. He continued expanding the Inca Empire in his father’s footsteps.

The empire would cover most of South America by the end of his reign in the 15th century, and the Inca people would then welcome Pachacuti’s grandson, Huayna Capac, as their next ruler.

The ambitious Huayna Capac ventured too far in the expansion of the Inca Empire, putting strain on the Inca community. Strain is to be expected when travelling long journeys, and on this one, Huayna Capac fell ill to a fever.

Meanwhile, Spanish colonisers had made their way onto the land, and brought diseases with them. This caused a great epidemic that many of the Inca people fell fatally ill to.

Among them was the already ill Huayna Capac and his heir to the throne. The Inca throne was once again vulnerable without a ruler for its people.

Two of Huayna Capac’s sons, Atahualpa and Huascar, survived the epidemic, only to start a civil war over the crown to the throne. The war caused the Inca Empire to weaken greatly.

After his victory, Atahualpa led the Inca army on a journey, and they encountered the Spanish colonisers. The Spaniard Francisco Pizarro and his army were armed with horses and guns, which the Inca had never seen before.

King Atahualpa was taken captive, leaving the remaining members of the Inca Empire without a ruler yet again. The surviving Inca people settled in a new capital called Vilcabamba and managed to remain independent for four more decades.

By the late 15th century, the Spanish colonisers overtook the last remaining Inca civilisation of Vilcabamba.

What remains of the Inca Empire today? 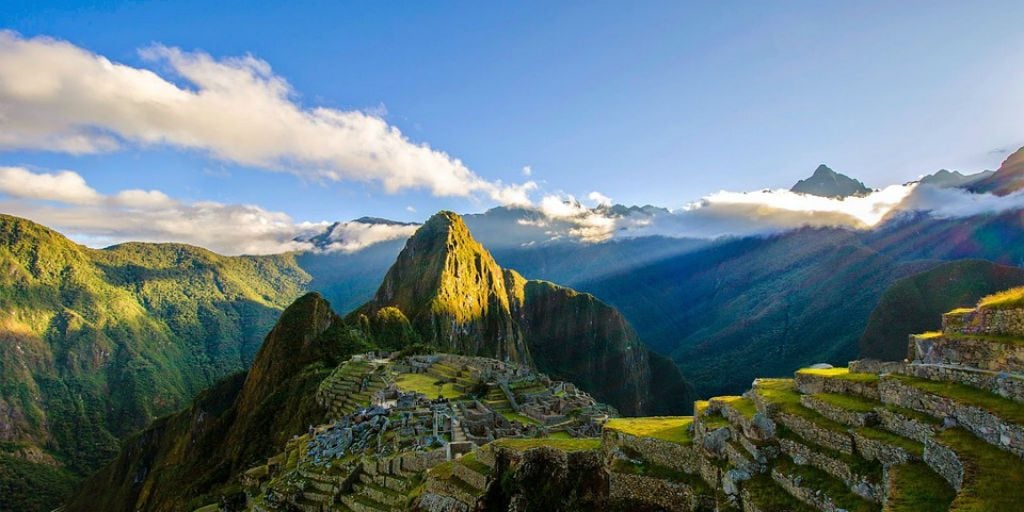 Because the Inca Empire had no written records, it was a civilisation whose heritage could not be preserved. But all is not lost.

Machu Picchu remains a standing symbol of the Inca people’s place in the world.

The Inca Empire may have fallen, but some traditions are also still alive in modern day Cusco, Peru. In fact, even pre-Incan traditions that were embraced by the Inca people still exist today.

One of these pre-Incan traditions is textile weaving. Weaving Peruvian textiles is a practice that began with pre-Incan civilisations but whose traditions were adopted and modified by succeeding civilisations like the Inca people.

Textile weaving is an intricate way of interlacing threads of yarn to form a cloth or fabric. Peru’s fabrics are usually bright and colourful, and can be found as part of traditional Peruvian attire even today. 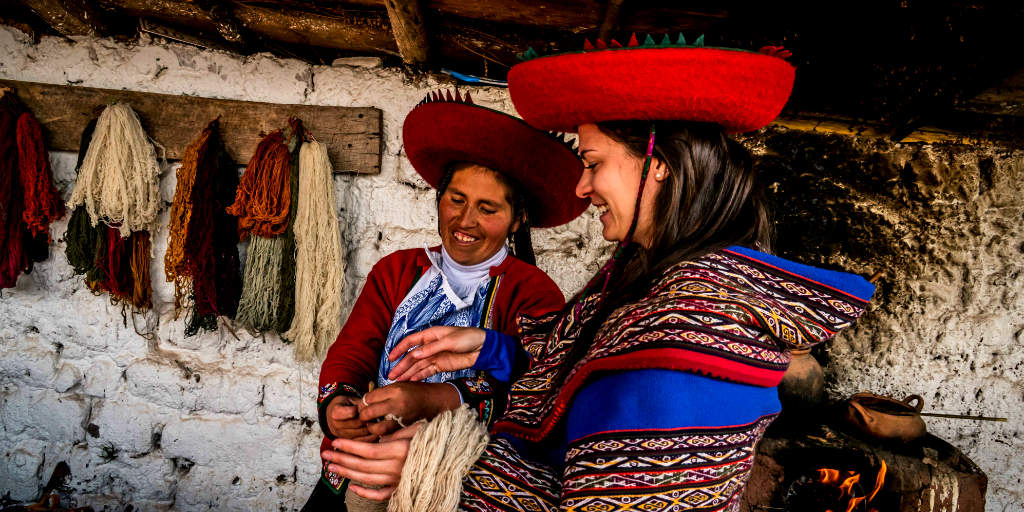 Just like the physical interlacing of thread, textile weaving is a tradition with an entwined history passed on by generations of people.

Unfortunately, Incan structures may not be readily identifiable today due to Spanish colonial architecture taking precedence after colonisation. Religious buildings, for example, were replaced by Roman Catholic churches.

But, Cusco may still be the closest link we have to Incan heritage.

After all, it is said that it was in the soil of the Cusco valley that the staff of Aya Manco called on the first Inca people to settle.

If you want to learn more about Incan heritage, there is no better place to start than the claimed capital itself, Cusco.

Tread in the footsteps of many Inca people before you by becoming a community volunteer in Cusco, Peru.

Zaytoen Domingo is a junior content writer for GVI, and an alum of the GVI Writing Academy. The Writing Academy is a skills-development program that pairs development editors with budding travel writers. Learn more about the program here.