01727 250 250   Apply Now
Announcement
TRAVEL UPDATE: We're open! Where can I go?
Zaytoen
Domingo
Zaytoen Domingo is a content writer and editor based in Cape Town, South Africa. She is currently enrolled in the Masters program in English at the University of the Western Cape. After graduating with an Honours Degree in English and Creative Writing, Zaytoen completed a skills-development program for writers and became an alum of the GVI Writing Academy.
Travel Volunteering
0 Likes
Share
Facebook
LinkedIn
Twitter

How Christmas is celebrated in Mexico 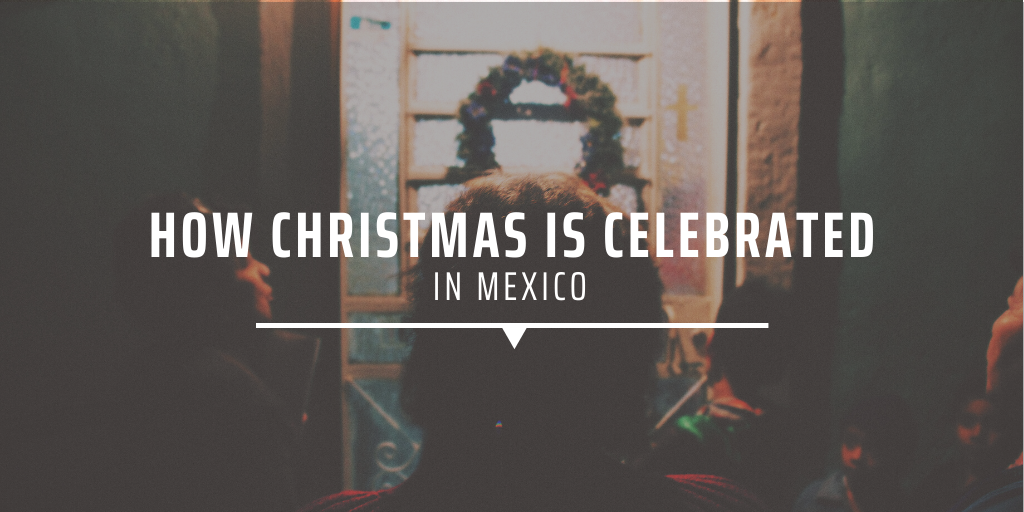 Christmas is one of the best times to volunteer in Mexico if you want to experience the local culture and immerse yourself in a variety of local traditions.

And, in Mexico, Christmas isn’t a one-time event. It’s a full month of celebrations, marked with family feasts and lots of piñatas.

Starting on 12 December and lasting until 6 January, Christmas celebrations in Mexico have their own flair. There are candle-lit processions, elaborate nativity scenes, Spanish Christmas carols, dancing and fireworks.

While traditions like Christmas trees and Santa Claus have found a place in Mexican festivities, the holiday celebrations are firmly rooted in Spanish and indigenous culture.

A brief history of Christmas in Mexico

When Catholicism arrived in Mexico through colonialism during the sixteenth century, Spanish priests brought with them many Christian holidays, including Christmas.

Over the centuries, these traditions influenced the indigenous culture, creating a Christmas experience that you won’t find anywhere else in the world.

What happens on each day during the Mexican Christmas season?

What are Mexico’s Christmas traditions? 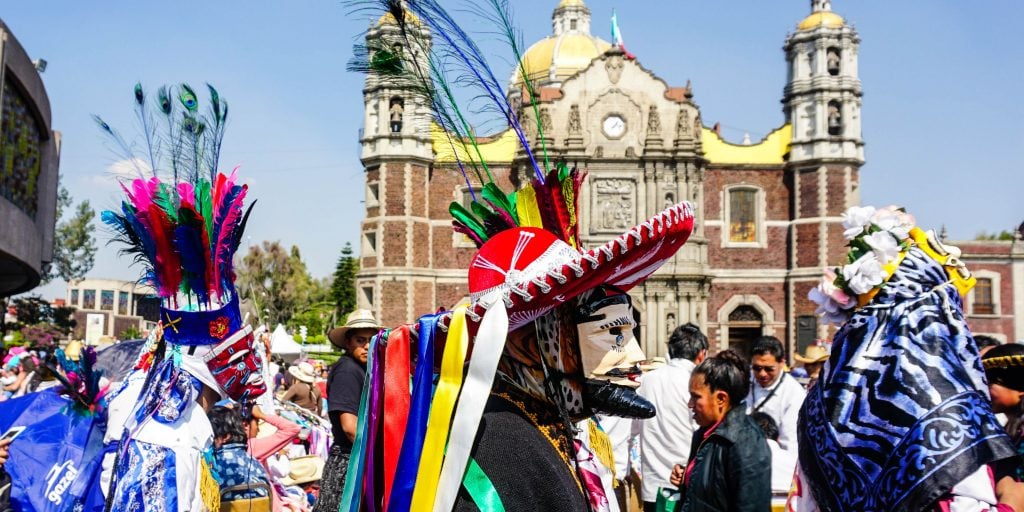 Mexican pilgrims from all over the country travel to the Basilica of Guadalupe, a church located in the heart of Mexico City, to visit la Virgen Morena – the Virgin Mary.

Afterwards, fireworks are set off, parades fill the streets and live musical performances take place throughout the city.

The popular Christmastime food, buñuelos are sold by the dozen from street vendors, or made in many families’ kitchens.

From 16 to 24 December, processions re-enacting Mary and Joseph’s search for shelter take place in Mexico.

Children walk from house to house singing the traditional Las Posadas song and asking homeowners to let them in.

Every night, the processions end at a different house for a fiesta, with an abundance of food, drink and, of course, piñatas. 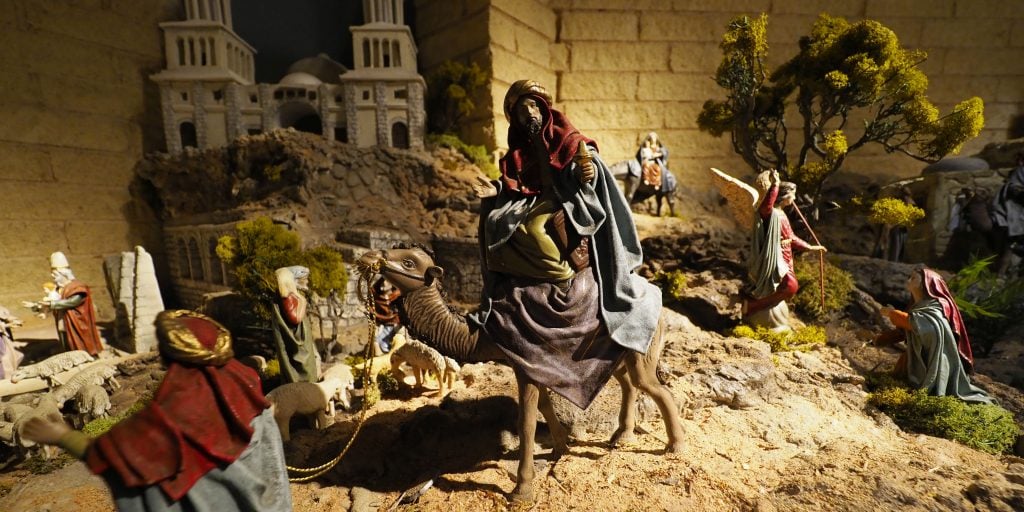 Many Mexican families celebrate the festive season with elaborate Nativity scenes in their homes. These are called “Nacimientos” and start on 16 December.

As time goes on, different characters are added to the display. On Christmas Eve, the baby Jesus is put into his crib, and on 25 January, the Three Kings make their way onto the scene.

But the tradition is not reserved for people’s homes. Many town centres in Mexico are known for going all out with huge replicas of the manger, animals, Jesus, the shepherds, and Joseph and Mary.

Pastorelas are theatrical productions about the shepherds’ journey to see the newborn baby Jesus.

In these plays, the characters encounter various obstacles, such as devils and angels trying to influence which path they should take.

Some of these songs are translations of popular English carols such as “Silent Night”, while others like “The Fishes in the River”, (Los Peces en el Río) are unique to Mexican culture.

On this day, many families will attend midnight mass together, followed by a family dinner.

Fireworks are also common, and there are poinsettia flowers (flores de Nochebuena) found all over city centres, as well as outside and inside people’s homes. 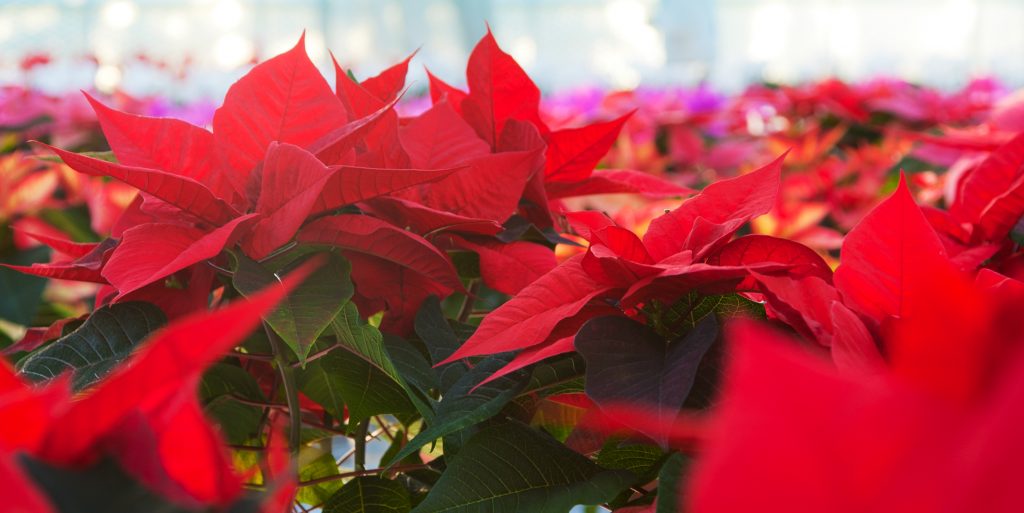 Dia de Reyes is Three Kings’ Day, and this is when children in Mexico receive gifts to symbolise those brought by the Three Wise Men.

Families and friends will also share a customary Rosca de Reyes, a sweet bread baked in the shape of a wreath. There are baby Jesus figurines hidden inside the wreath, and whoever finds one is expected to host the Dia de la Candelaria party on 2 February.

Dia de la Candelaria marks the end of Mexico’s Christmas celebrations. On this day, local people will take their Christ figurines to church to receive a blessing.

Afterwards, everyone heads to the house of the person who found the baby Jesus inside the Rosca de Reyes for a Mexican-style feast, which often includes tamales.

Traditionally, in Mexico, children don’t receive presents from Santa Claus. However, his popularity is growing in Mexican Christmas celebrations.

Because of this, some children will receive gifts on 24 December – or Christmas Eve – as well as on 6 January for Dia de Reyes.

The tradition of decorating a Christmas tree has taken off in Mexico.

So, it’s not uncommon to see massive trees in city centres, decorated with lights and ornaments to celebrate the festive season. 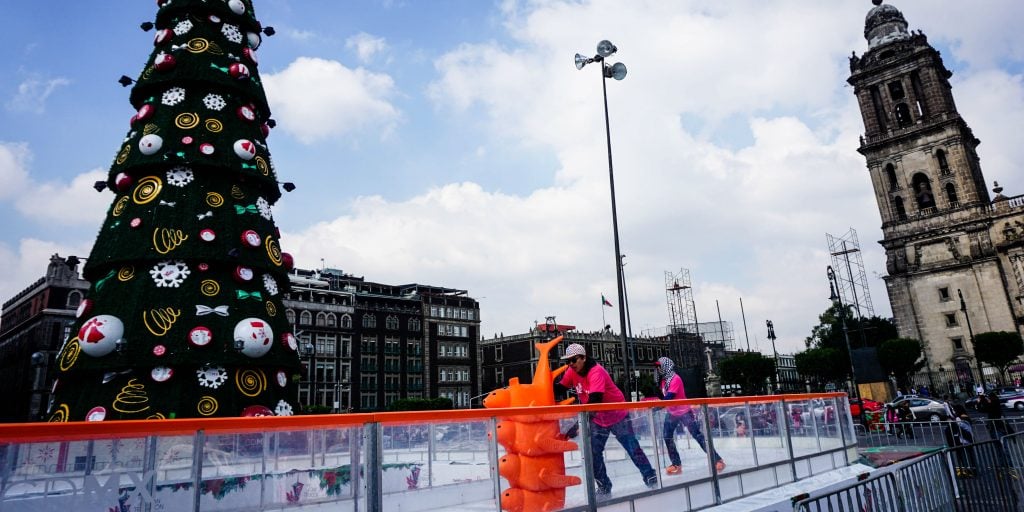 What’s to eat in Mexico over Christmastime?

Food is an integral part of Mexican Christmas celebrations.

There are many traditional meals made during the festivities that every volunteer should try at least once to get a taste for the Mexican-Christmastime cuisine.

Tamales are a special Christmas food in Mexico, but they’re also eaten throughout the year.

The dish is made by wrapping dumplings (with a variety of fillings) in corn husks or banana leaves, and slowly steaming them to perfection. 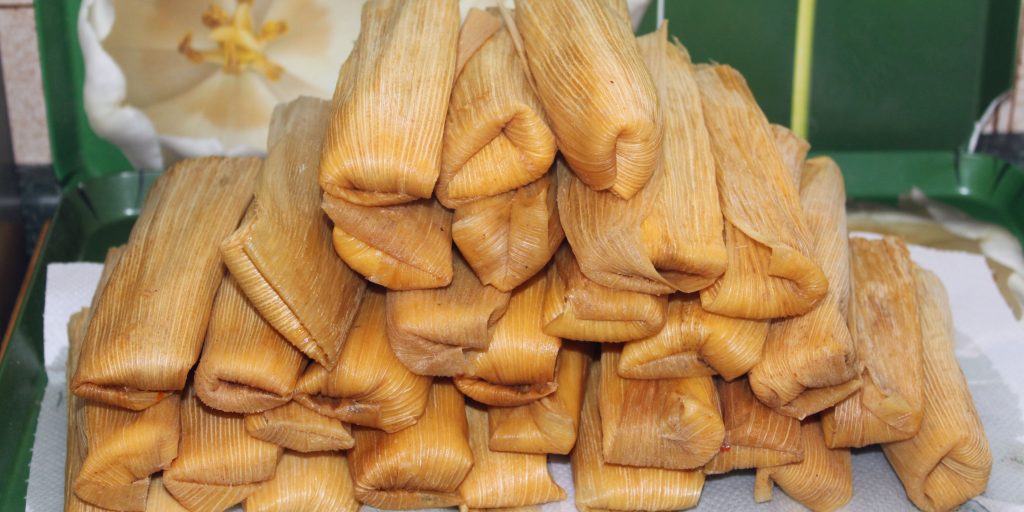 Bacalao is dried, salted codfish that is found all over Mexico during the festive season.

While the dish originated in Europe, it’s become a staple in traditional Mexican Christmas feasts.

Buñuelos are crispy fried fritters sprinkled with sugar – or slathered in syrup – and are usually served with a hot drink.

After finishing the treat, it’s tradition to make a wish and throw your plate on the ground!

Pozole is a soup made with pork or chicken.

Over Christmastime, it’s cooked in large batches, making it a firm favourite for Christmas-Eve dinners for big families – which is a big part of Christmas celebrations in Mexico.

Ensalada de Nochebuena is a Christmas salad served during Christmas-Eve dinner in Mexico.

It’s made from a variety of vegetables and fruits (depending on the chef), but usually includes lettuce, beetroot, carrot, pineapple, pecans and pomegranate seeds.

It’s made from tejocotes – an orange-like fruit, guavas and apples, and flavoured with cinnamon and piloncillo – unrefined cane sugar. 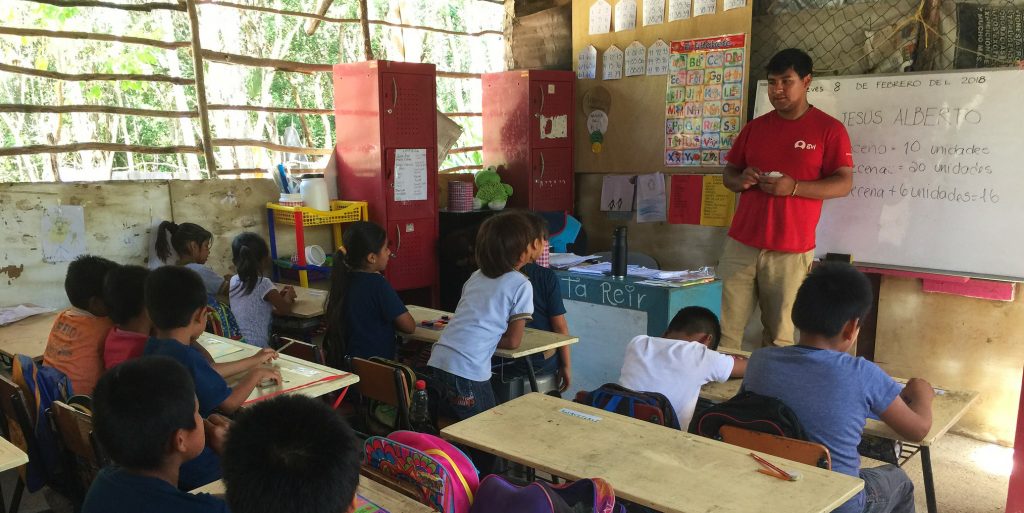 For a meaningful Christmas experience, volunteer in Mexico during the festive period.

Not only will you make an impact over the season of giving, but you’ll get to learn about Mexico’s Christmas traditions in their country of origin!

Get involved in marine conservation projects, volunteer with children, or assist in community-development efforts.

So, if you’re keen to make a meaningful impact for Christmas, consider a volunteer program in Mexico, and experience Navidad like never before!

Take a look at GVI’s award-winning volunteer-in-Mexico opportunities over Christmas, and find out how Christmas is celebrated in Mexico for yourself.