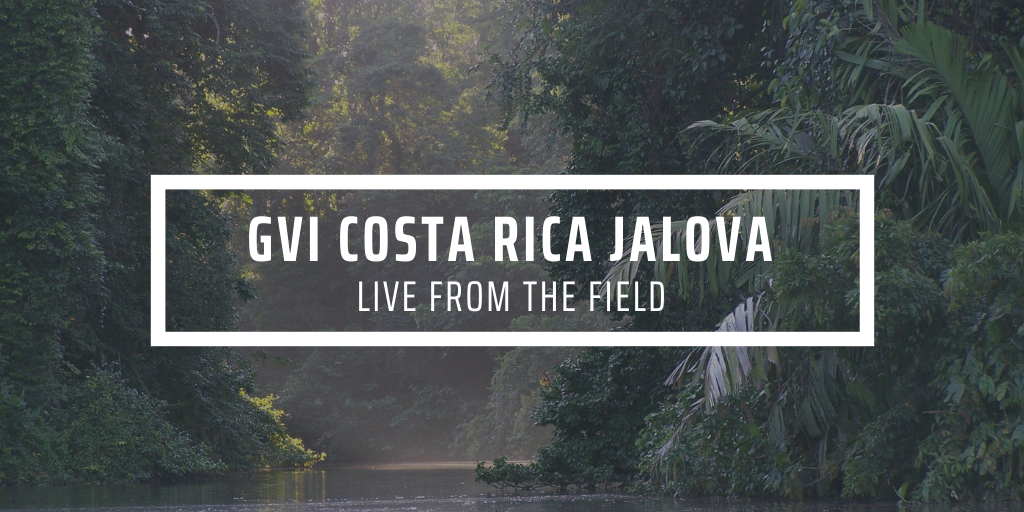 Jalova is the GVI base known for its remoteness. We live within the borders of Tortuguero National Park (TNP) and have to venture through the dense jungle to reach our beautiful home. It should be no surprise to you then that this space is filled with wildlife, many of which we see on a daily basis. Many of these animals are individuals who live within the surrounding habitat and are fondly named by our staff and volunteers who are delighted by their presence.

Craig and his friends are giant blue swamp crabs that scamper around base under a full moon. You will regularly see them running around in between the dorm rooms and the kitchen, so watch your step! He may have giant pincers, but never fear, Craig is gentle as long as you leave him alone. 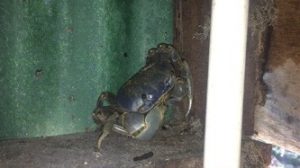 He’s also an excellent climber, so don’t be surprised to see him climbing up the walls of the bathroom! Just be careful of your soap in the shower, he has been known to scamper across the shelf and knock everything off and was even caught once eating a bar of soap!

Ian is the giant male Green Iguana that resides on base. He’s more orange than green and his giant facial disks truly show you that he’s the dominant male in the area. Regularly seen by the compost where he munches on all the vegetables that get left there, he truly is an impressive sight. If not by the compost, he’ll be scaling the trees or chasing around the female iguanas of the area, just don’t get in the way of his charge!

3. Bruce the Agouti (and family)

Bruce, who was originally the only agouti on base, has grown her family substantially in the past few years. 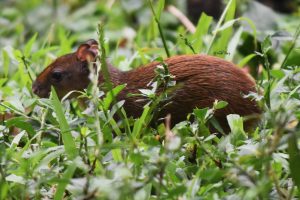 Being a rodent, these animals reproduce quite quickly, so every few months we are delighted by another baby agouti scampering around base.

So far, the other members of Bruce’s family are fondly called Broccoli, Cauliflower and Avocado. I wonder how many new arrivals there were this year!

4. Broken Bill and his Aracari family 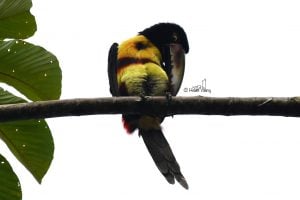 Broken Bill is a Collared Aracari who, you guessed it, has a broken tip to their bill. Luckily for them, Broken Bill has access to the many fruit trees of base which are an easy food source for them. Aracari’s typically fly around in groups of 2-6, and we regularly see them jumping through the branches at around 4pm everyday. They love fruit, in particular the papaya tree on base but will eat other fruits and berries too. Their bright colours and squeaky sounds are always an exciting presence on base.

Last but not least, who can forget Blossom the Opossum. 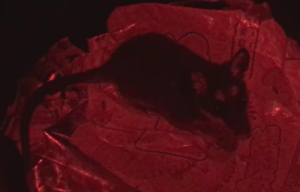 Blossom is a grey four-eyed opossum who lives in the staff house and kitchen. You’ll regularly see her scampering around at night, hunting for insects and eating all the cockroaches (thank you!). Make sure you lock up you avocados, however, as there have been many a sad morning to wake up to our avocados being devoured by this little one. If you hear the pitter patter of feet in the night, don’t be afraid, it’s probably Blossom searching for her next snack or choosing another nook within which to nest with her babies!

As you can see, there is so much wildlife on our doorstep here at Jalova. So many animals to greet you and so many to share your stay with. They are one of the most incredible and hilarious parts of your stay and we hope you get to meet them soon!