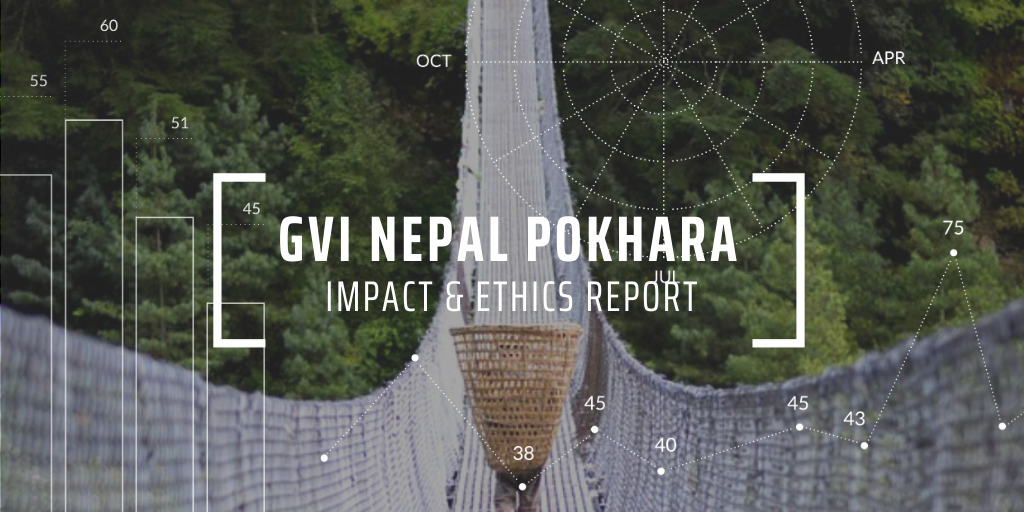 Original image by travelphotographer from Pixabay is licenced under CC BY-SA 2.0.

I chose to volunteer in Nepal in September 2018. The main activities that I worked on were being paired with two local Nepali ladies who wanted to learn English. A few days a week I worked in the village of Pame, some miles outside Pokhara and then other days at a community centre in Male Patan within the city of Pokhara.

Both of the women I worked together with were at different stages in their learning, but I had a log book that previous volunteers had written up which gave me a good idea of what I needed to cover in our lessons. This ensured that there was both continuity and longevity.

The lessons were usually two hours long and I used the grammar resources and reading books that were at the GVI homestay to plan my lessons. 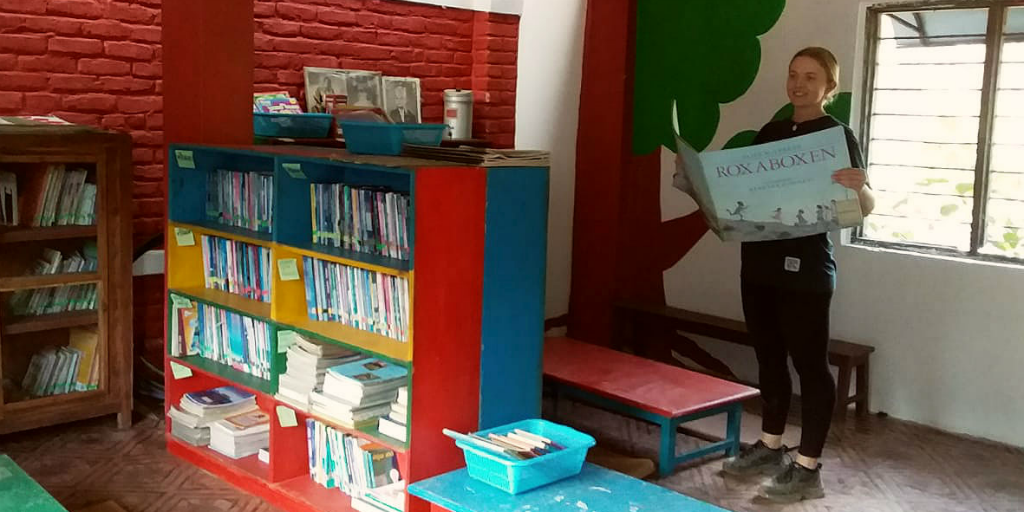 I was a bit out of my comfort zone for the initial sessions, but soon got a good idea of what would work. If all else failed, I reverted to reading books with the women, so the English conversation and pronunciation could flow. I had heard how committed the women were to learn, but it feels very different to experience it for yourself.

For example, on one occasion, one of the women had a sick child, but rather than miss her lesson, she brought her child with her. I ended up including the child in some of the lesson by getting the mother to read in English to her daughter.

She told me that whilst her daughter was not well, she felt she could not miss her own lesson as she was so keen to learn and wanted to keep the momentum going with the lessons. She also did not want to let GVI down either. 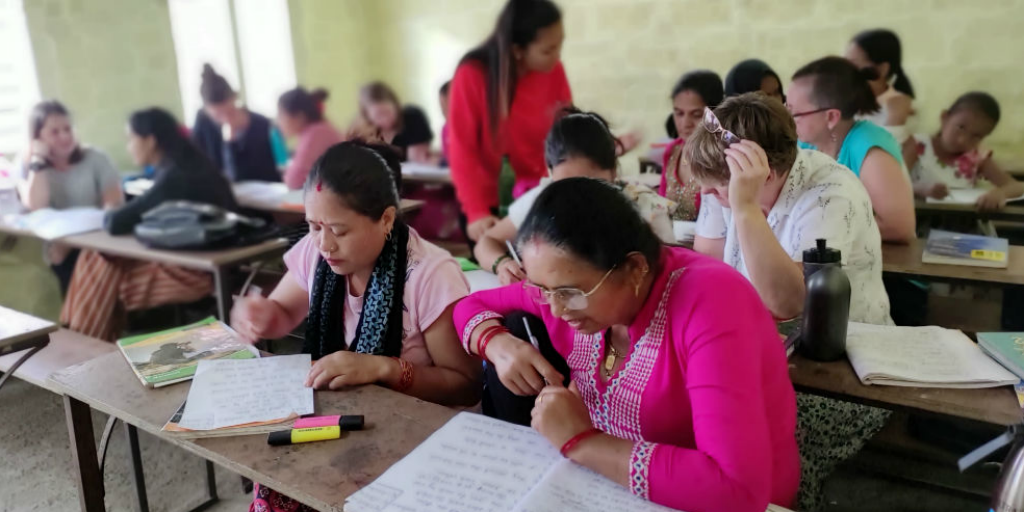 During my two week placement, I found it helpful to always carry in my bag some English reading books, as you never knew when you might need them. For example, on one occasion in Male Patan, a young girl turned up to the community centre as there was no school that day due to a festival. She was bored at home and wanted to learn more about the lessons going on at the centre.

As my one student had been delayed in arriving for her lesson, I readily offered to read with the young girl; because I had some reading books in my bag already, I was pleased to put them to good use. It was very humbling to see a young girl light up with enthusiasm when I offered to listen to her reading – and on a day off from school!

This demonstrated to me once again how keen the local Nepalis are to learn. It felt really great. 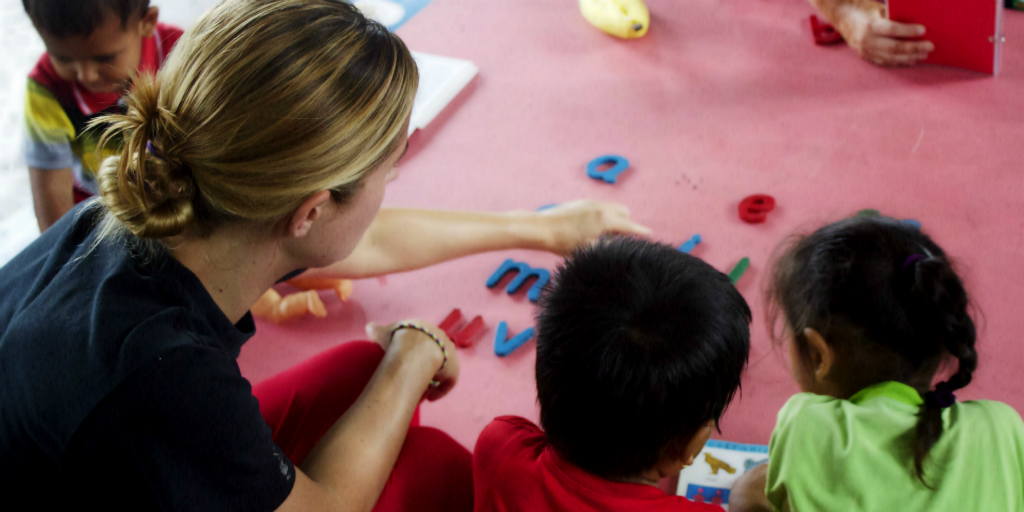 The other activity I worked on during my time in Nepal was running an arts and craft project at a school in Pame. The children do not get this as a curriculum taught subject, so it was fun to offer them something new. Volunteers took it in turns to come up with the ideas for the sessions and others helped with the delivery.

Sometimes the school teachers were absent, so we also helped provide cover for classes. This involved the children coming to the GVI classroom in small groups and we would work one-on-one or one-to-two or with their workbooks on maths, English, or science. 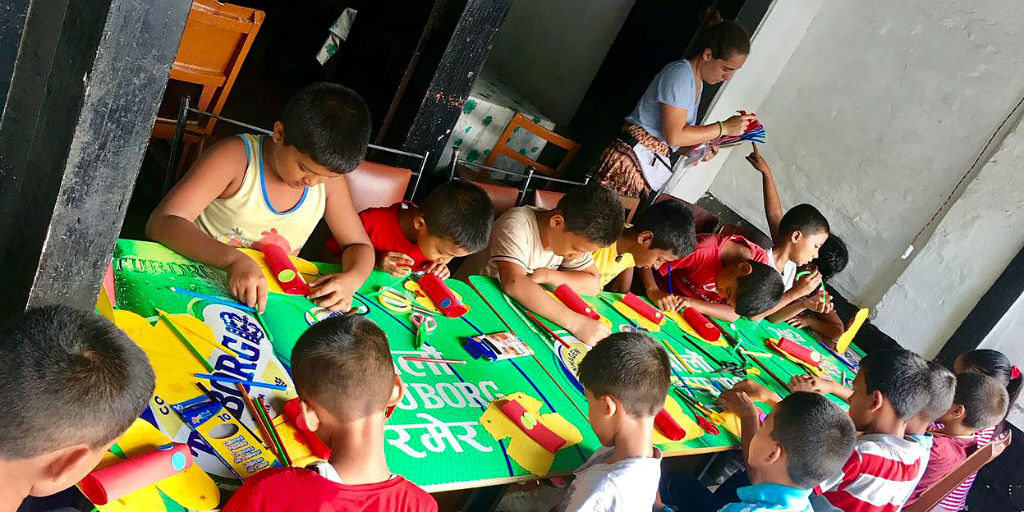 When relating my contribution towards the United Nations’ Sustainable Development Goals, I feel I contributed towards Goal 8: Decent Work and Economic Growth. I felt that helping my assigned women to learn and practice English contributed to their confidence. They all had ambitions to speak English, so they could use this to improve their current lives, because, from what I could see around me, many Nepalese coveted this skill. 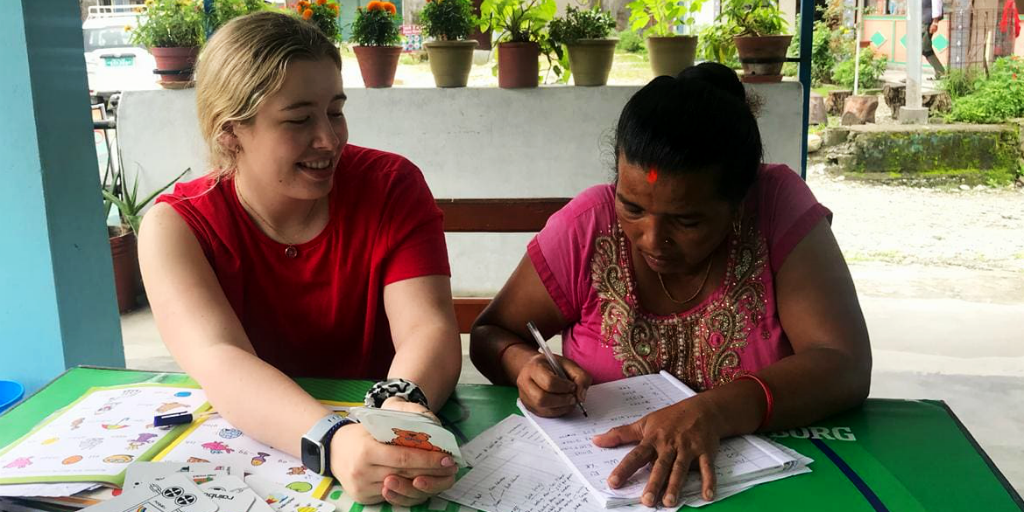 In the countryside around Pokhara I could see that Nepal is a country that is developing slowly with an agricultural economy. I also noticed that many people were attracted to the city for work.

Within Pokhara there were many tourists and I was stopped several times by locals who wanted to talk and practice their English. I realised that my small contribution to teaching the two women English could have a direct impact on them in finding work within tourism. 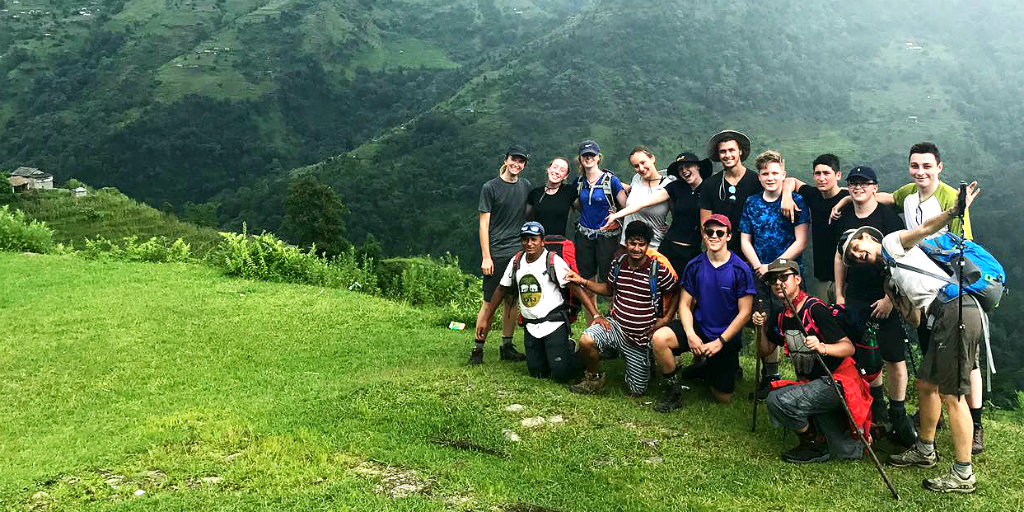 Generally, though whether it was the women I worked with or the children in Pame, I felt that by giving the locals a chance to speak and work alongside volunteers, we were contributing to their confidence to find decent work. This would, in turn, provide them with increased economic growth.

My time on this project may have been short. But, I am one of many who have come before and will come after, and we are all providing a consistent and regular input through GVI. I felt we were definitely making a difference.